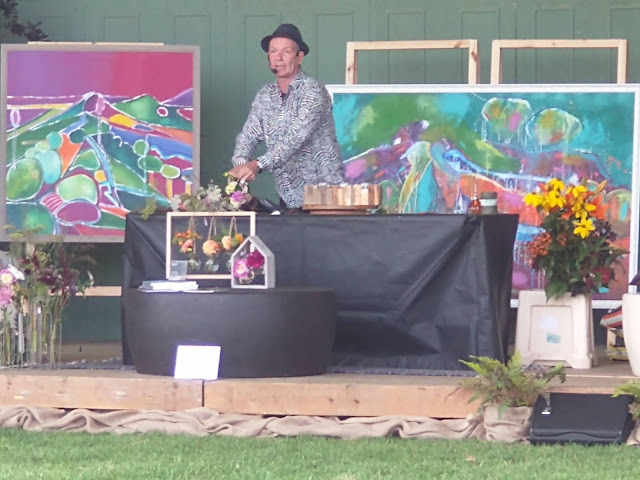 I was holding a hope for Malvern's autumn show going ahead this weekend, but sadly the current situation meant it wasn't to be. However the fab team at the Three Counties Showground came up trumps with their Plant and Garden Fair earlier this month instead. Lots of the nurseries I'd planned to visit were there... and plants were indeed purchased, but the highlight of the day were the talks which took centre stage.

I confess flower arranging hasn't really been my thing up to now - I'm more of a plonk and put sort of gal - but Georgie Newbery previously, and now Jonathan Moseley are helping me see there are possibilities in this line. As Jonathan explained in his talk, picking flowers encourages them to bloom more, thus dispelling the notion mine are better off in the garden instead of displayed in the vase.

Jonathan shared plenty of ideas for autumnal arrangements. Simple yet effective jam jar style posies were much in evidence albeit framed and hung on display, or encased in a frame for a table centrepiece. You can see Jonathan demonstrating the latter approach above along with the display hanging ideas he'd shown shortly before. I was particularly taken with his autumnal wreath and the idea that a cheerful door display isn't just for Christmas*. I'm about to go foraging for my own, smaller version; I think ivy and old man's beard plundered from the front garden with do for starters and I'll see what berries, hips and crab apples the blackbirds have left for me to grab from the side path. 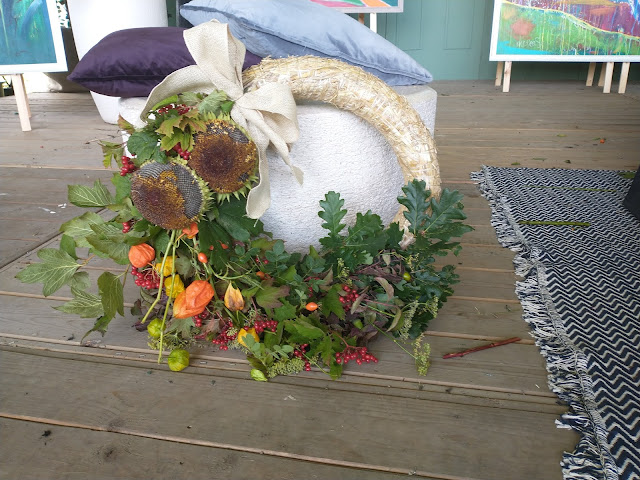 It was a great talk and day out and I'll leave you with the latest piece of ironwork I bought from my favourite stallholder, Tom Critchley. I always come home with something by him from Malvern. 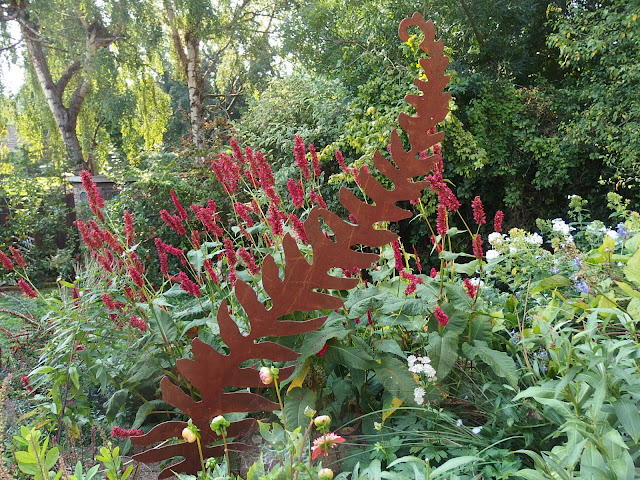