Be Mine - A Snowdrop Valentine 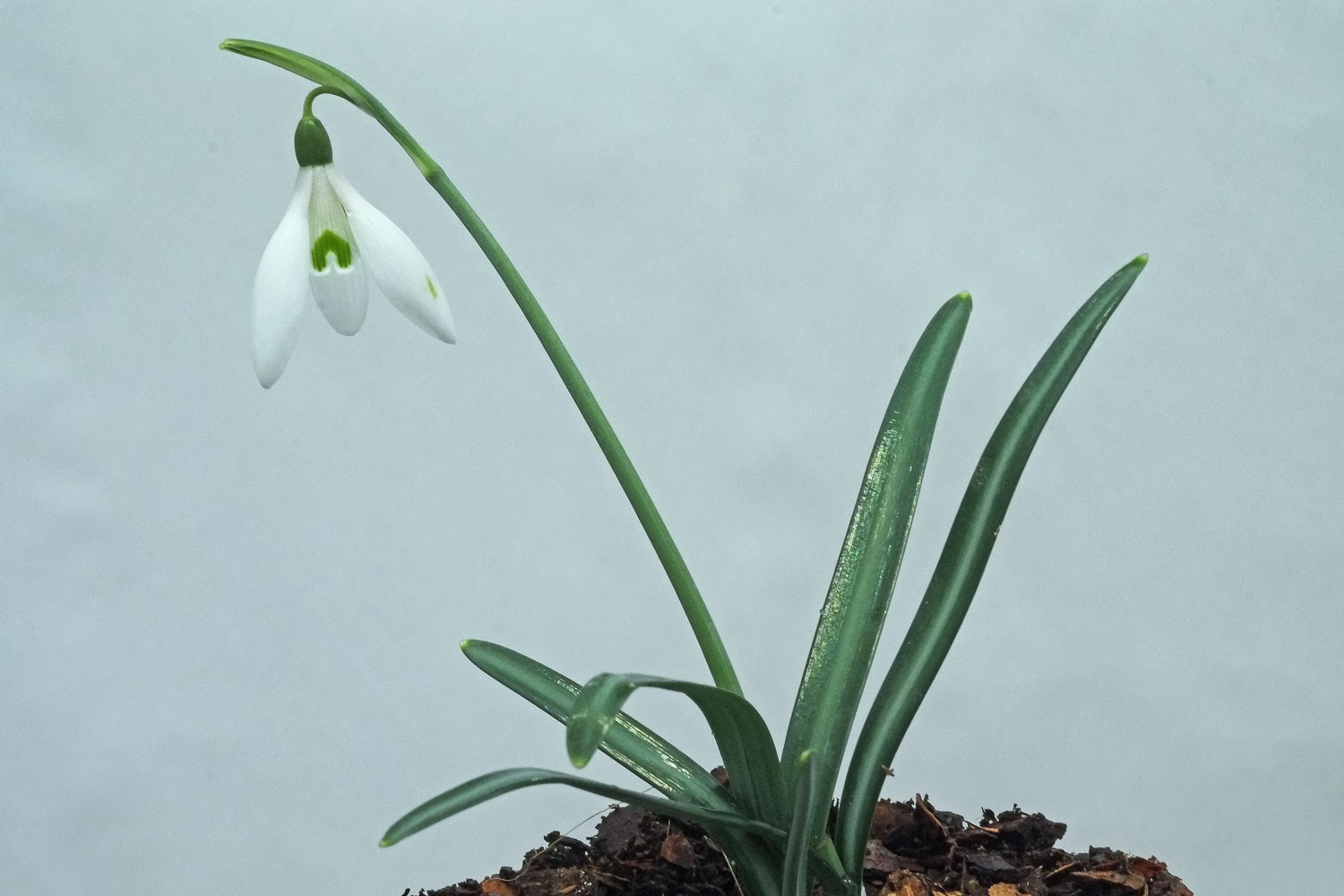 One of my best birthday presents ever was when NAH gave me 1,000 'in the green' snowdrops just after we'd moved here. They form the basis of my annual count, which I've oft blogged about. It's all about making sure they're the present which keeps on giving :)

I hope NAH's reading this because now there's the chance to fulfil mine and many a gardener's dream, by merely buying one further bulb.

Tom Mitchell - he of Evolution Plants fame - has a rather fine snowdrop for auction on eBay. It's very special because it has yet to be named. That's what the auction winner gets to do - the right to name it,* as well as owning a single bulb ready to bulk up in their garden.

It also forms the perfect flower for Valentine's Day, because there's a clear inverted heart marking on the flower's inner segment. Who could fail to be charmed by such a token? Not me.

I've always thought of snowdrops as a symbol of hope as they bloom when winter is often at its harshest. I also think it's an apt sentiment for a Valentine's token.**

The auction closes on February 13th - so hurry up and get going NAH!

* = I have a vacancy for this opportunity seeing my mystery clematis has since become C. 'Diamantina' instead of C. 'VP'.

NB the picture is courtesy and copyright of Evolution Plants.

Update 15th February: The snowdrop sold for £1,502, so Tom now has the world's most expensive snowdrop. I'm expecting extra security precautions to be in place when I visit him on Monday.