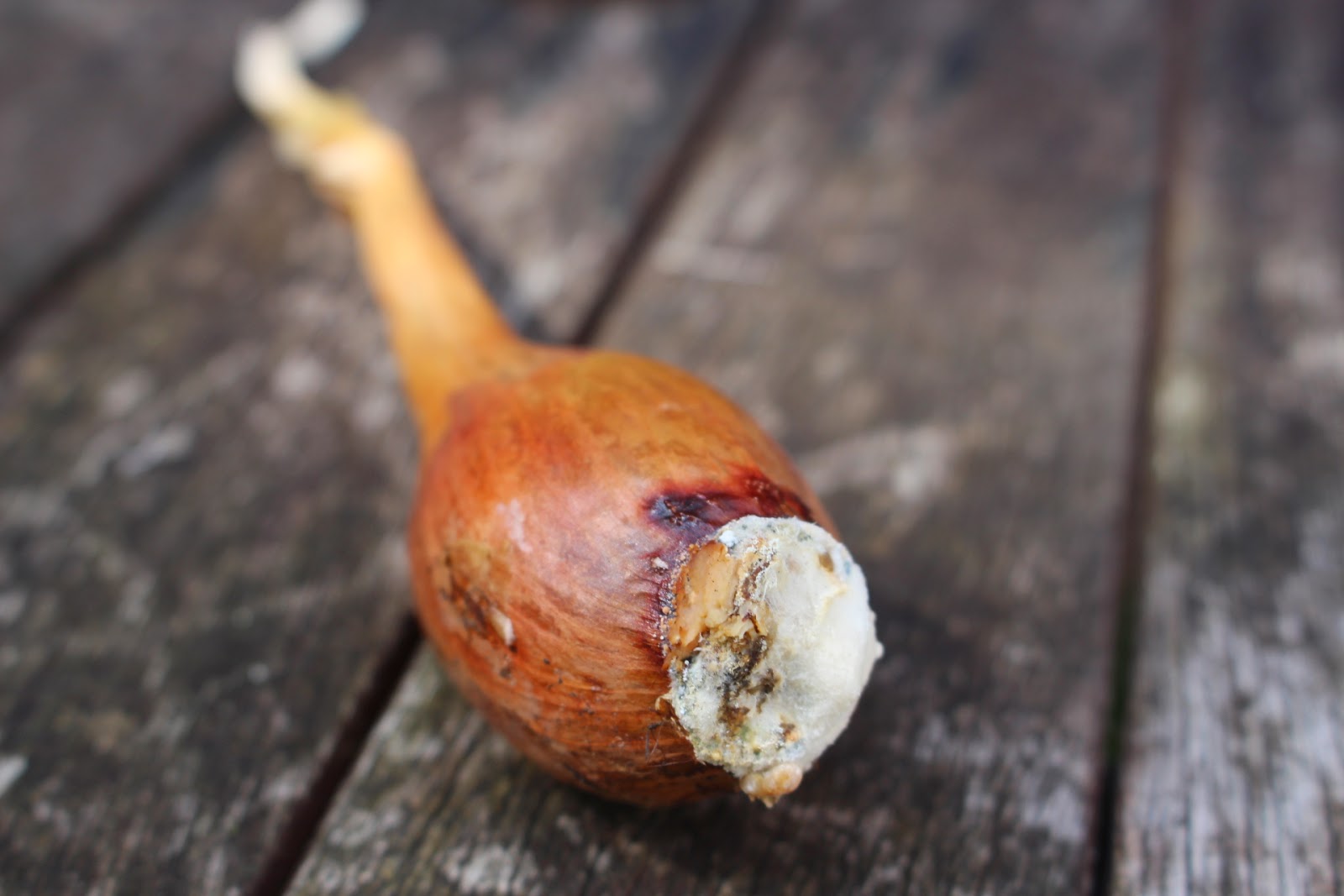 I've had a bumper crop of shallots this year, which I managed to get dried off thoroughly during the hot weather we had at the end of last month.

However, despite their soundness when I put them into store, some are now showing signs of onion white rot like the one in the above picture. I've not seen it so early in the season before and indeed the fungus on my shallots hasn't been reading its official entry on the RHS website:

"...in the UK the problem is more severe in cool, wet summers; in warmer climates the disease is only a problem over the winter months."

Hmm, that's wrong on both counts, but before I declare I have a new strain of Sclerotium cepivorum, I wonder if my saved sets from last year could be the source of the problem. Some of these did indeed develop onion white rot over the winter and were thrown away*. Perhaps the sound ones I saved to plant out in the spring weren't so sound after all.

Anyhoo, I can't do anything about it now, except declare one of my raised beds closed to members of the allium family for a few years. I did ponder replacing the compost in this bed, but I have no idea how far down in the soil the spores from this fungus can survive. That's a question for the RHS's advisory service to tackle methinks.

In the meantime, we'll be eating the rest up super quickly before they too go off, so we get some of the benefit from the fruits of my labours. They're looking pretty sound for now, so fingers crossed my regular inspections don't find any more shallots rotting away.

I won't be saving any of them for seed either, but will start anew with some bought from a reliable source. These were Pessandor, which produces a good crop of very large, longish sweet tasting shallots which positively melt themselves into casseroles. Are there any other varieties you'd recommend?

* = binned not composted so I don't spread the disease even further.
Allotment pests n diseases