Roll Out the Barrows 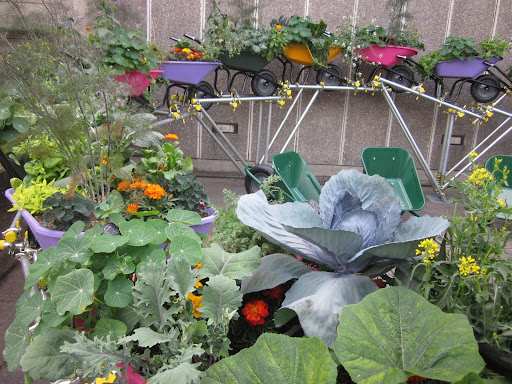 The outdoor space surrounding the Southbank Centre in London has plenty of growing on show at the moment as part of its Festival of Neighbourhood :) 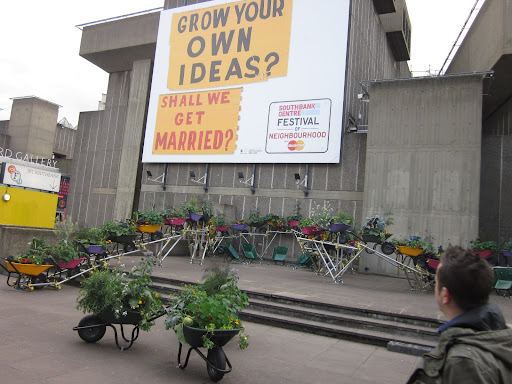 I'd gone especially to see the Edible Bus Stop's latest incarnation which is called Roll Out the Barrows. As you can see it's a lot of fun. Volunteers are looking after the barrows over the summer and they have the chance to take theirs home when the festival ends for their own community growing project. 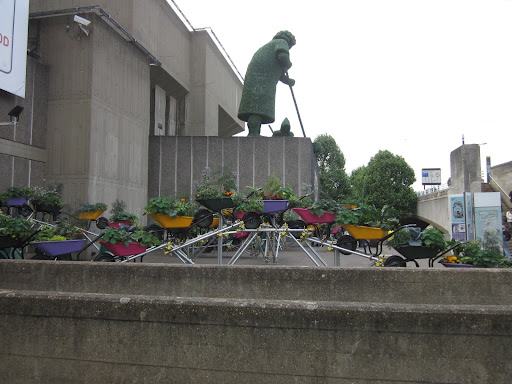 What I didn't know before I got there, was that Roll Out the Barrows is just one part of the wider festival. To my delight I also found... 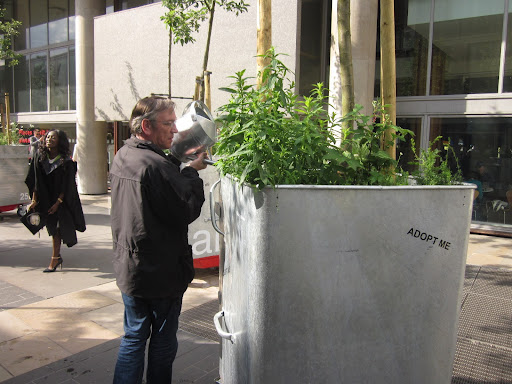 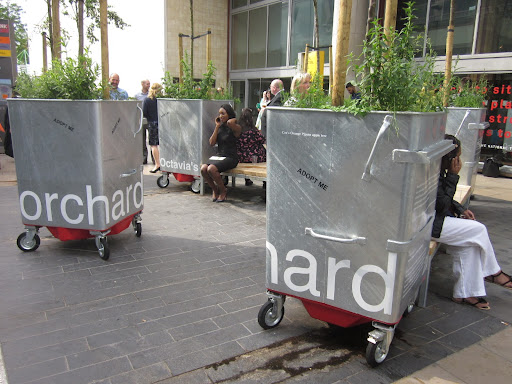 ... a mobile orchard with benches - this is  a joint initiative with the National Trust called Octavia's Orchard. Each tree is also 'twinned' with a National Trust property and is available for adoption. Round the corner there was... 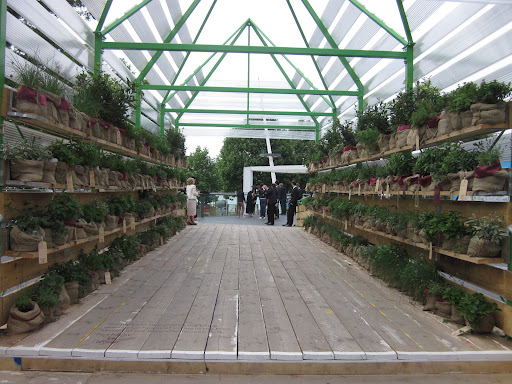 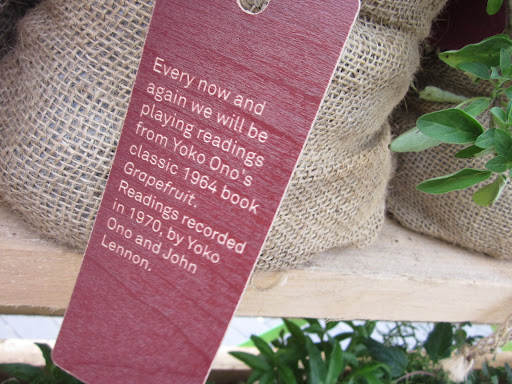 ... a giant herbal greenhouse ready for a Herbfest with the Company of Cooks. It was a bit of a surprise to hear John and Yoko Lennon's voices speaking out from behind the herbs though!

And last, but not least there was... 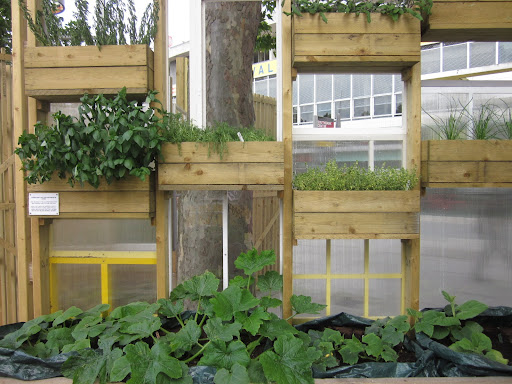 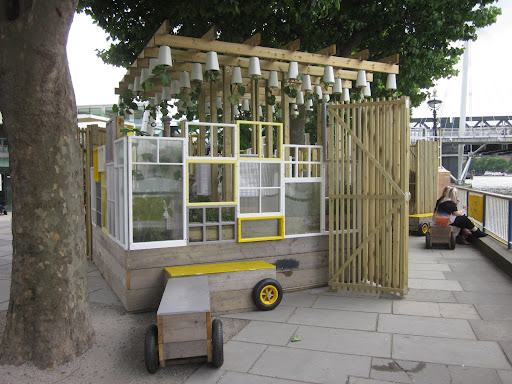 ... a most wonderfully inventive walk called Queen's Walk Window Gardens by Wayward Plants. It's made from reclaimed windows and makes a very different stroll along bustling Southbank. Yes, it's rhubarb dangling down from those pots, if you were wondering. At night the sheds are illuminated :) 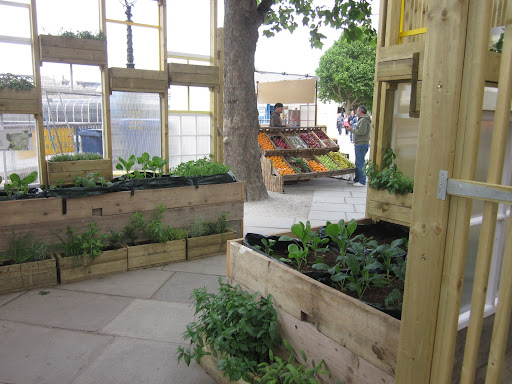 I particularly liked this juxtaposition of the growing vegetables and the fruit seller ;)

If you never thought Growing Your Own had street cred, then I hope these photos will help to change your mind. In view of its location (and some of the presentation), I wonder if these exhibits add another dimension to the age old gardens as art argument? I simply enjoyed them for their quirkiness and sense of fun.

They're well worth a visit if you're in London from now until September 8th.

This is my second post in celebration of National Allotments Week. There's also Monday's Plot Plan 2013 Style and Friday's For Seed.

Update: It's not just London which currently has GYO street cred. Anna over at Green Tapestry has a wonderful taster of this week's Dig the City, Manchester's urban gardening festival :)
Fruit n Veg National Trust Out on the Streets Showtime time out