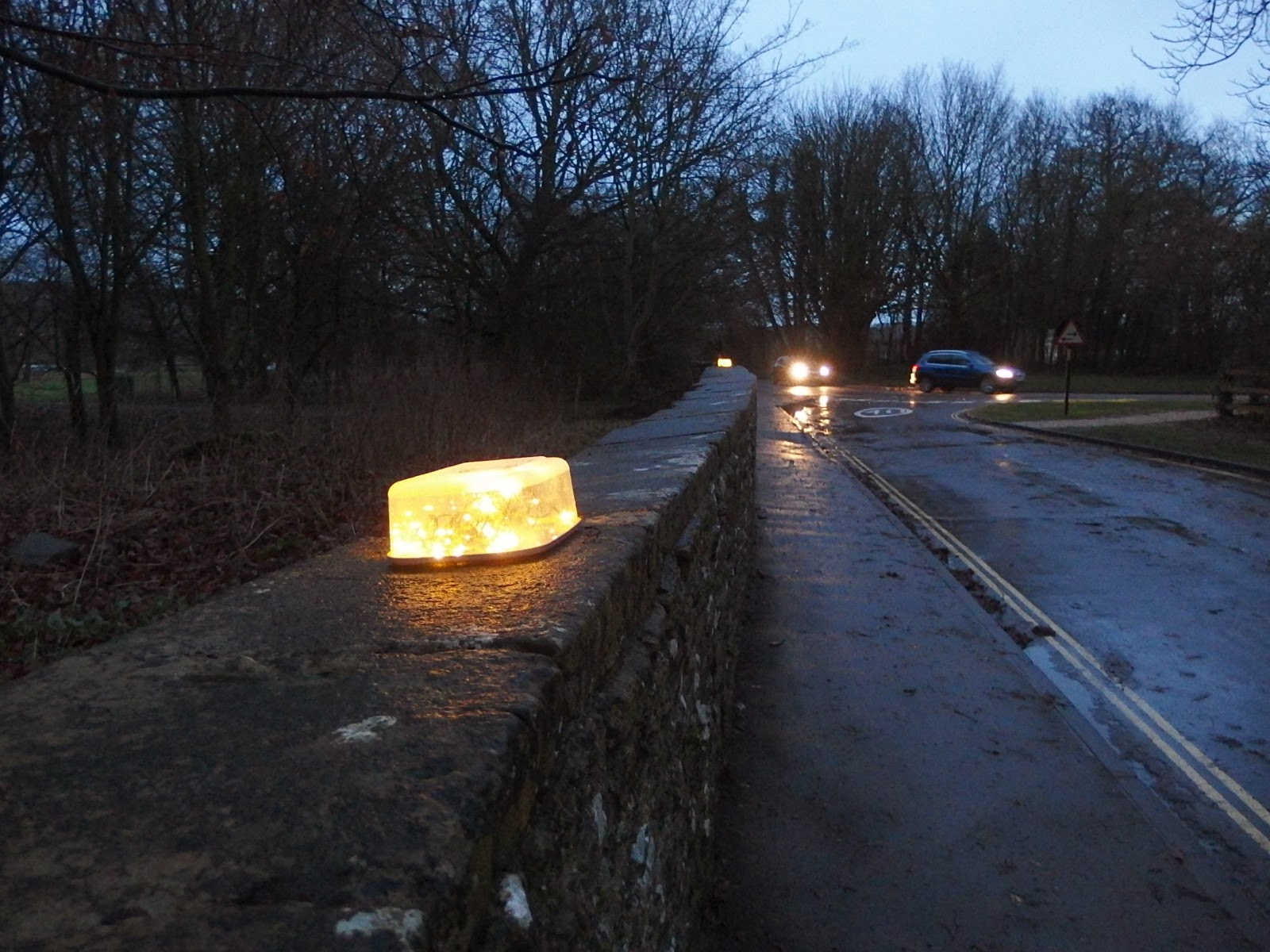 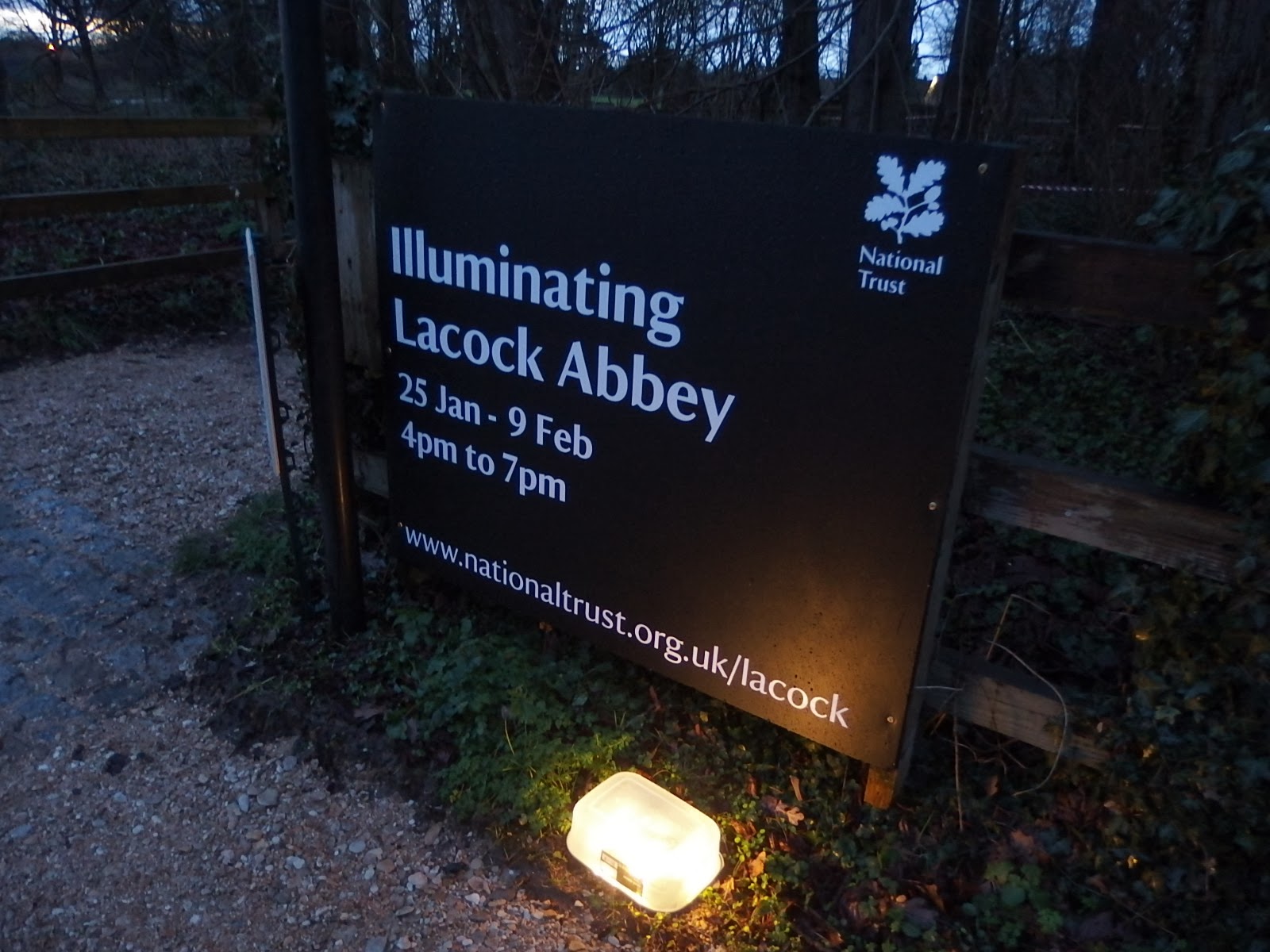 Lacock Abbey has a fabulous event on at the moment to celebrate the photograph's 175th birthday.

It's called Illuminating Lacock Abbey and I liked how the lights were also placed outside the Abbey's grounds to greet and guide visitors. It's great to have a local event which helps to brighten up a gloomy winter's evening.

We're not that far away from the Abbey's forthcoming snowdrop weekends, so I was also on a recce to see how these were faring. 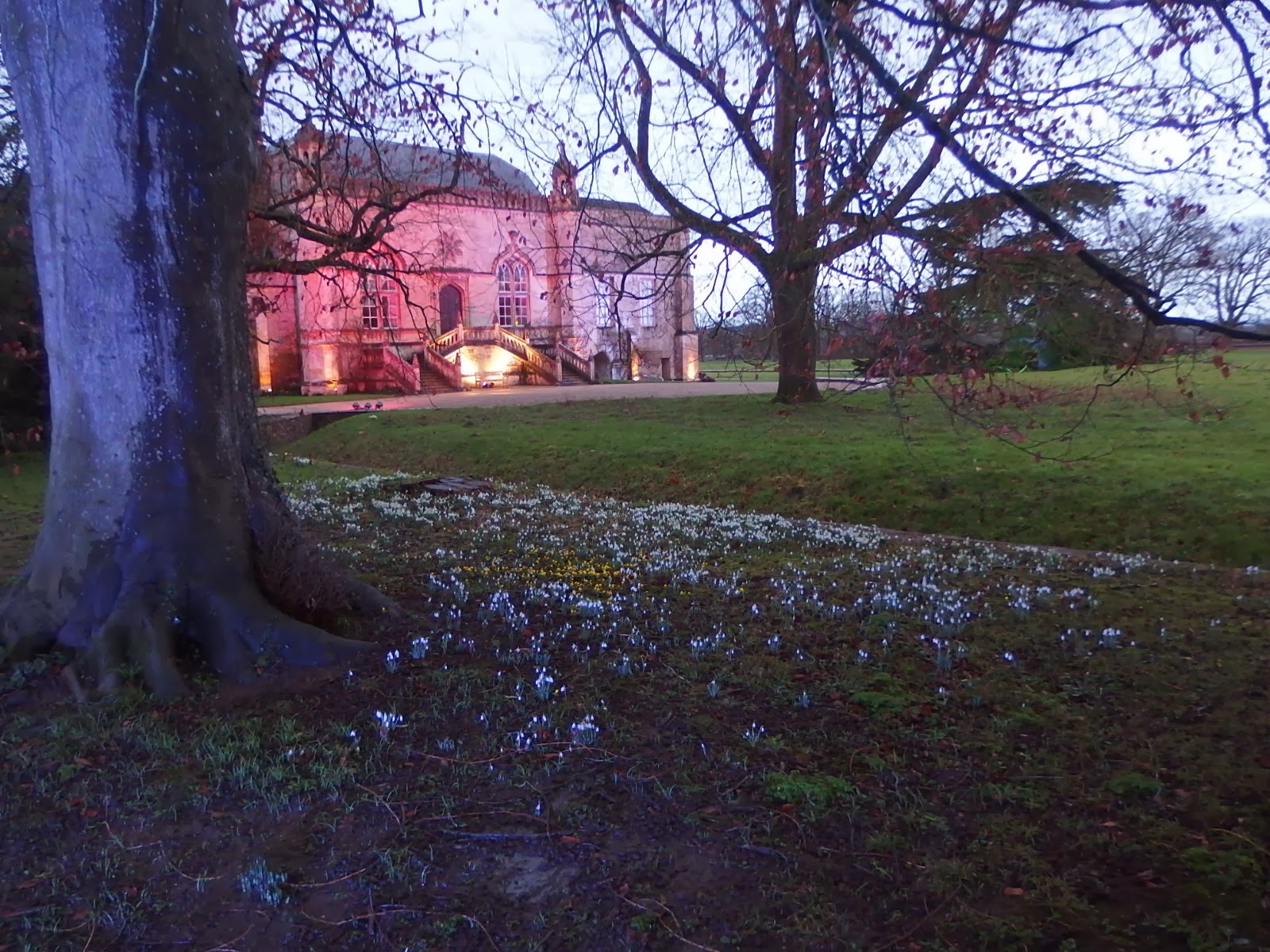 There are quite a few just beginning to peep through, with the promise of more to come. Eranthis were also brightening up the gloom and some of the trees on the drive up to the Abbey were helping to light the way. 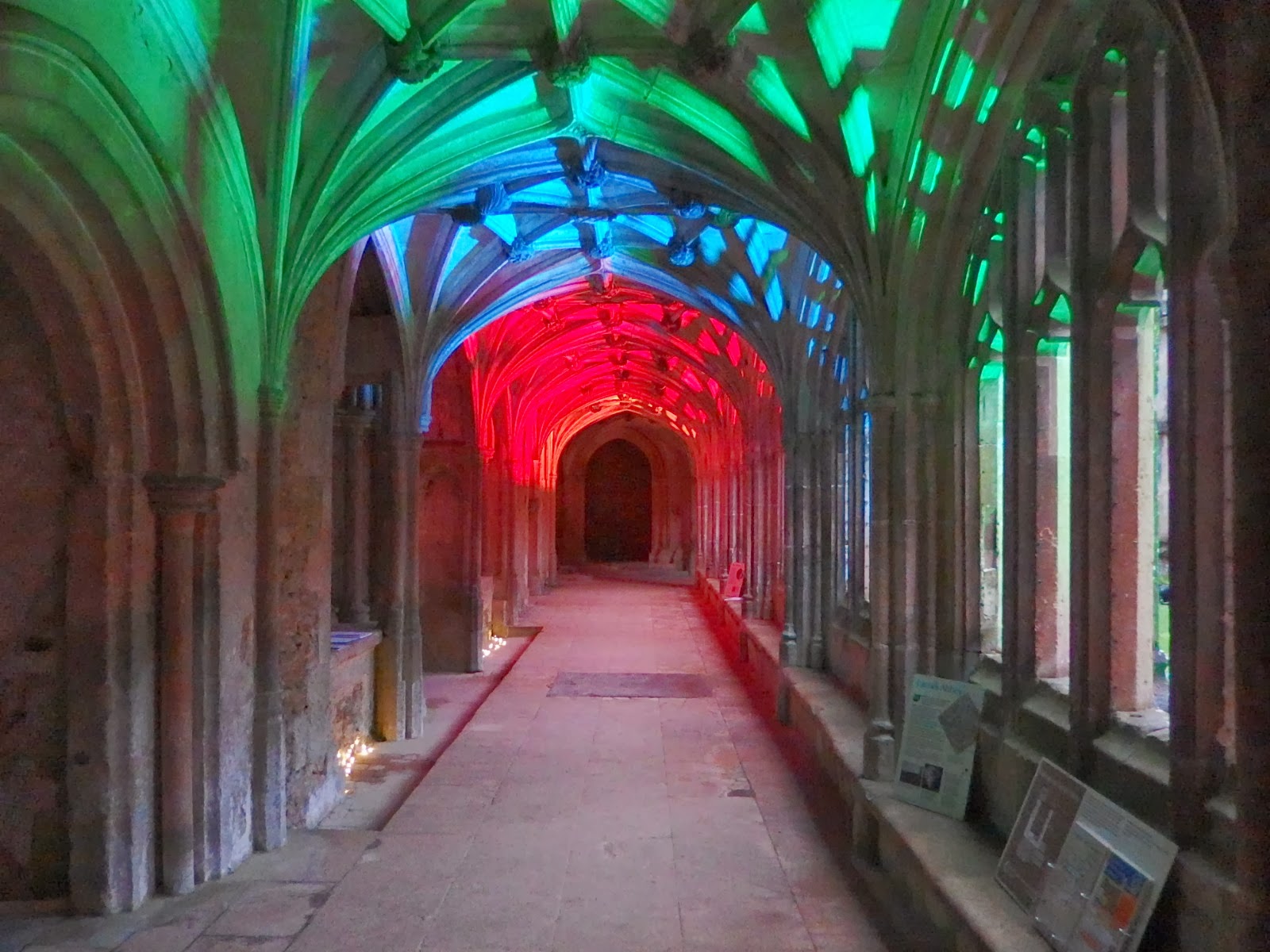 Some of the deeper shades are reserved for the cloisters. Both inside... 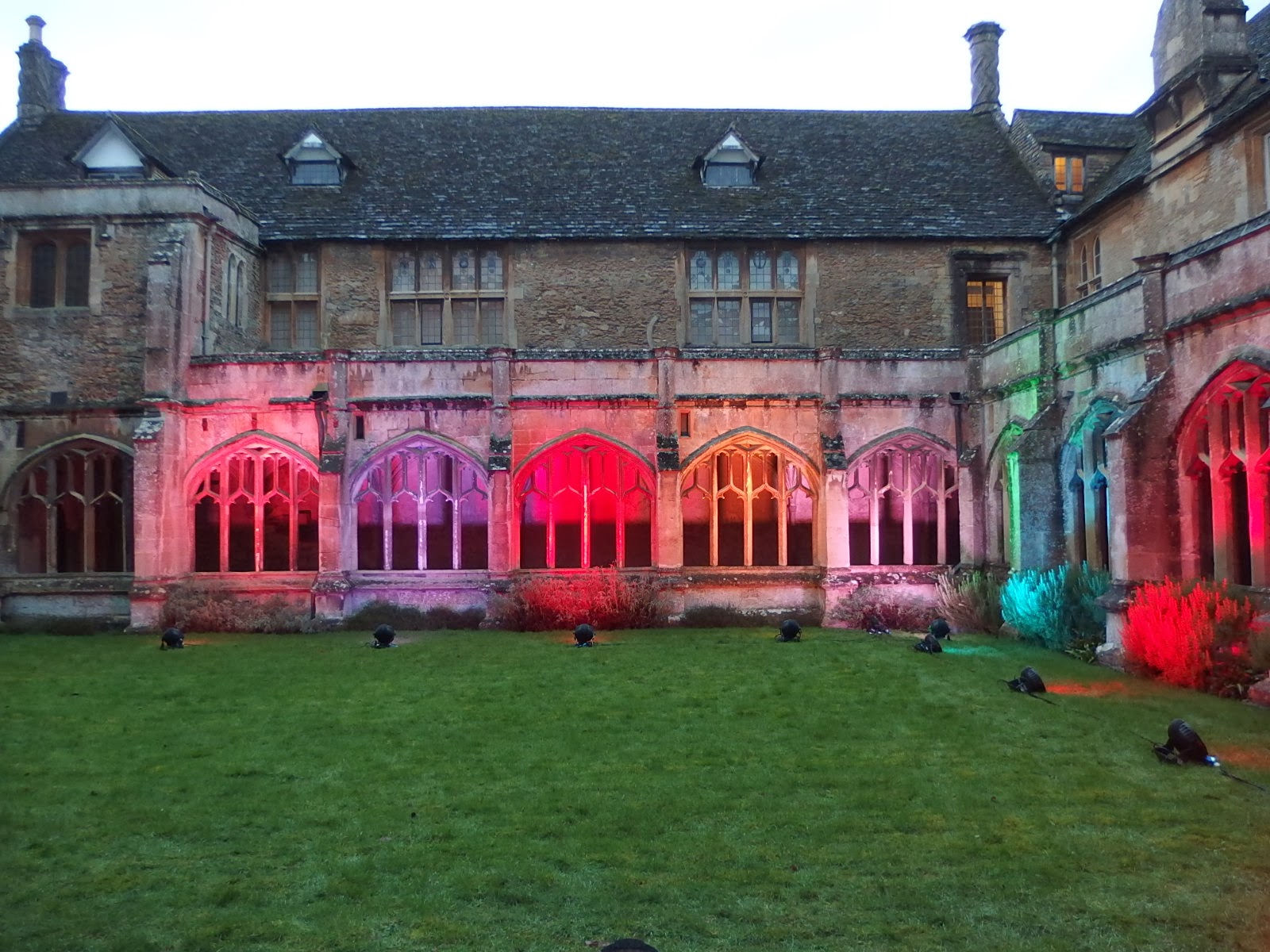 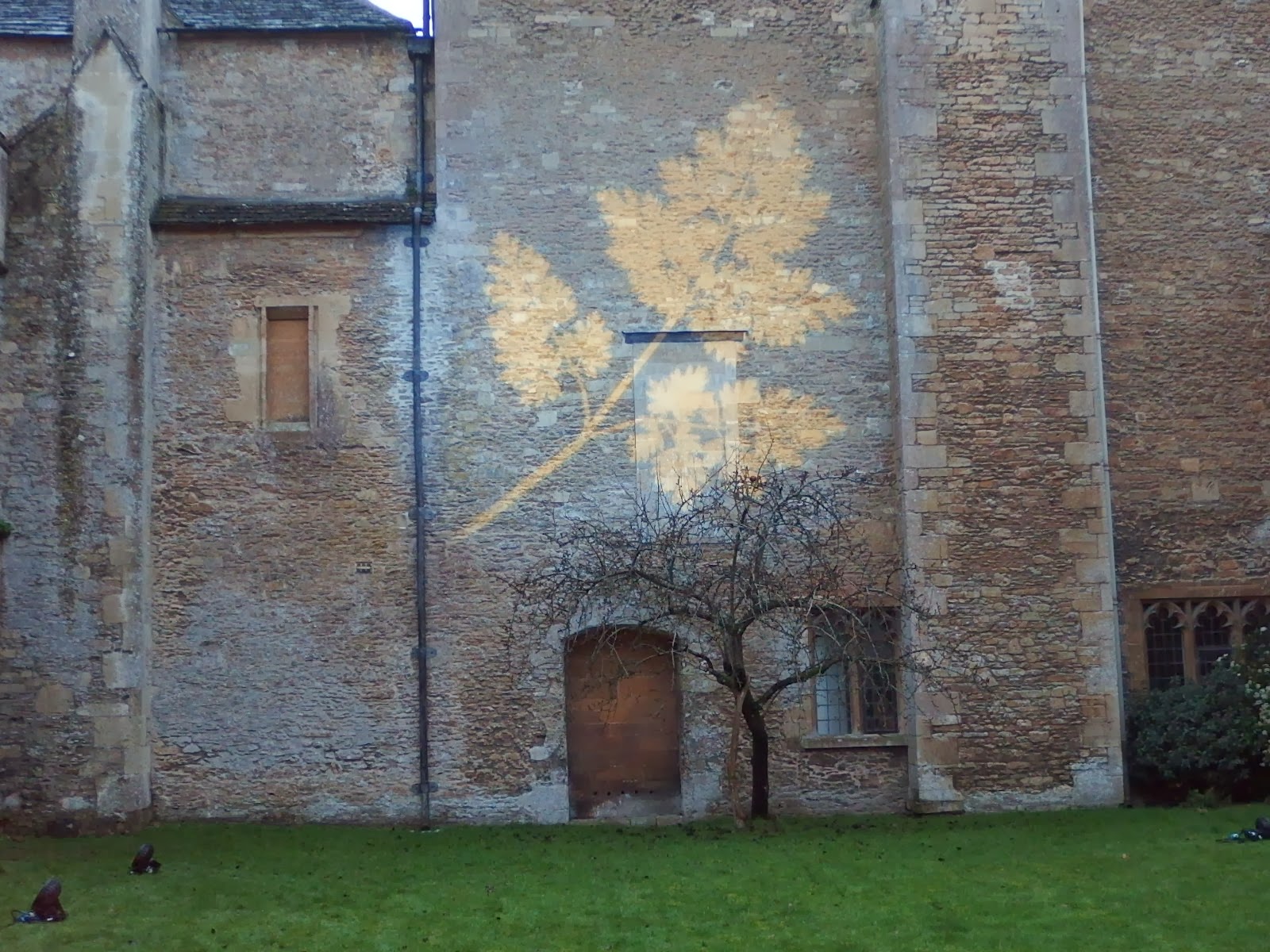 One side of the cloisters also gave a view towards a projection of a leaf image. I liked its juxtaposition with the tree forming an arch over the doorway. The original image was created by placing the leaf on top of a piece of light sensitive paper, which Fox Talbot had prepared previously. It was published in his famous book The Pencil of Nature. 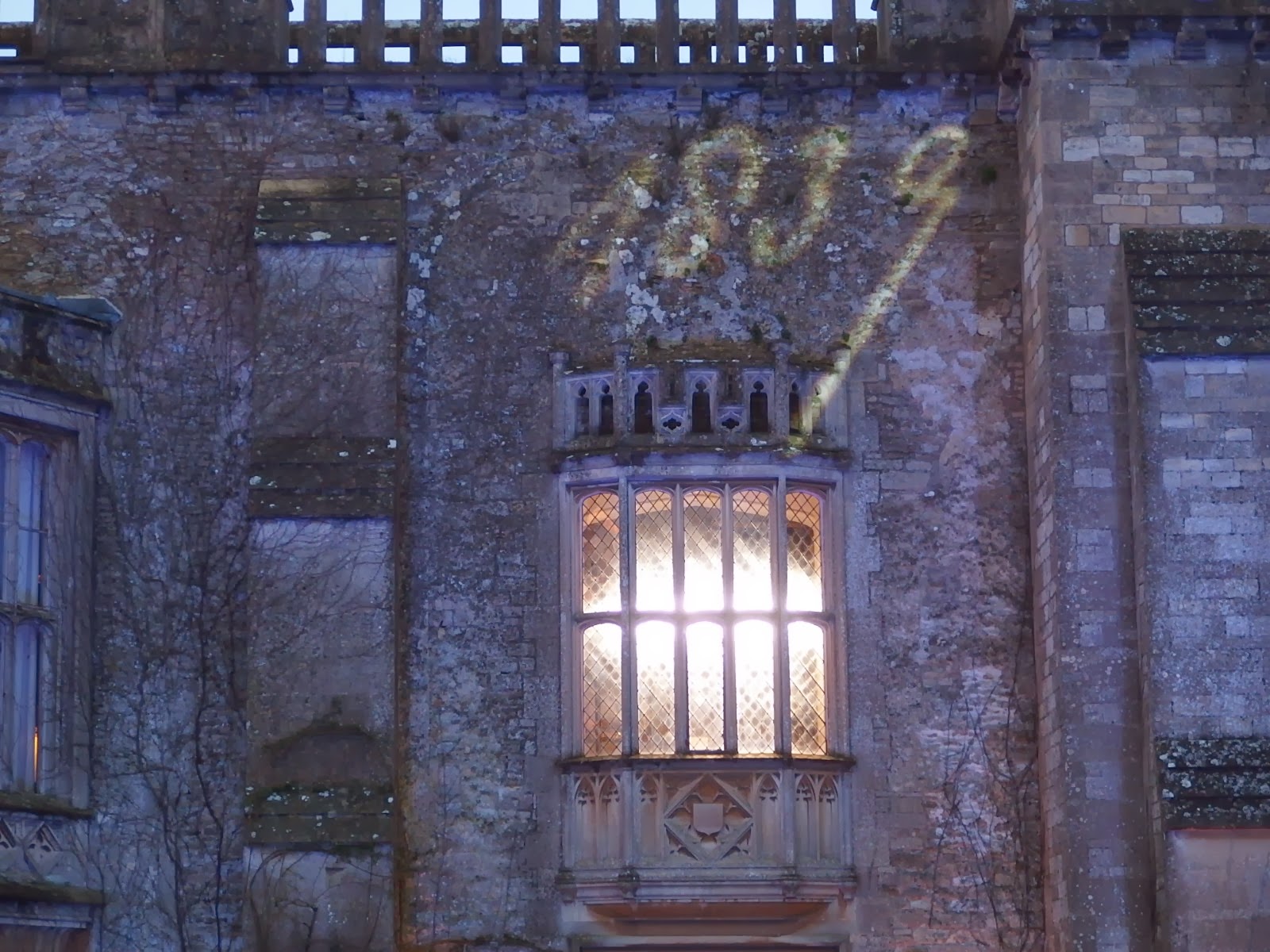 And finally, a celebratory view of THE window used as the subject for the world's first photograph 175 years ago. The 1839 is Fox Talbot's handwriting, which refers to when he announced his discovery (actually made in 1835). Daguerre had announced his positive image process earlier that year, which hastened Fox Talbot to announce his. Unlike the Daguerreotype which produced a single image, Fox Talbot's calotype process allowed multiple positive images to be made from a single negative.

Thus the process we know today was born. In this age of digital photography, I wonder how much longer it'll last? 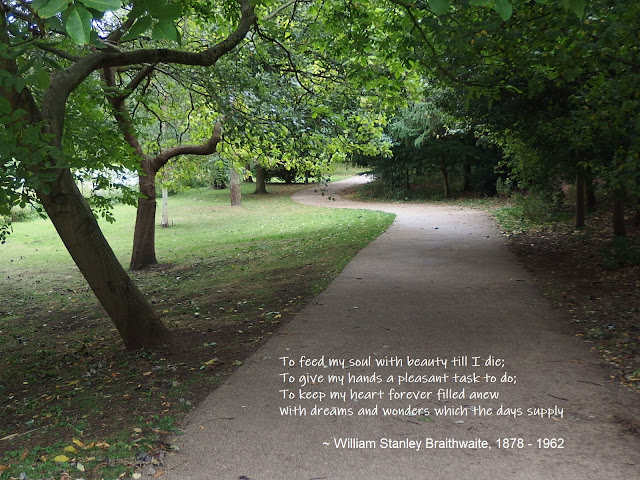 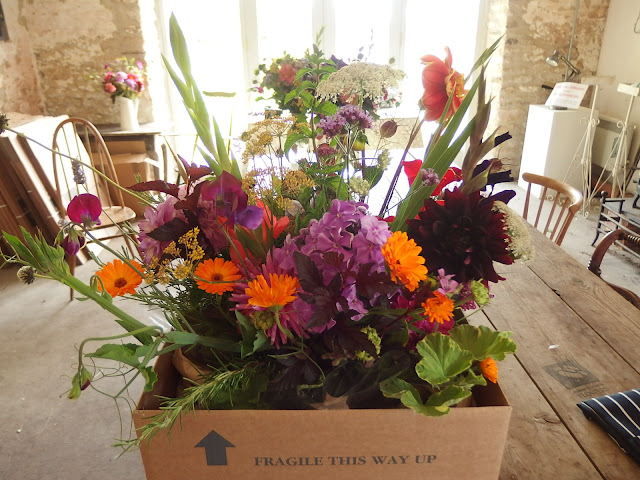