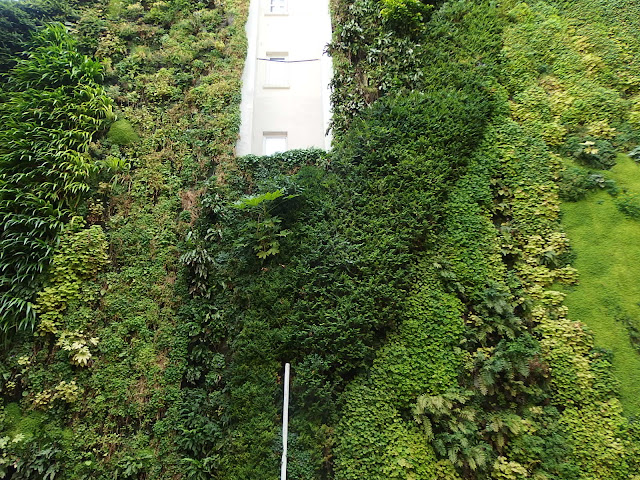 I'm glad we did because otherwise I would have missed Patric Blanc's green wall on the Rue d'Alsace. It's turned a dreary alley way into something spectacular. At the time of installation (2008), it was the largest he'd designed, with a surface area of 1,500 square metres.

"When Fanny Giraud and Michel Piloquet invited me to visit the project site, I thought I was dreaming: an endless dark alley linking the Gare de l'Est to the Gare du Nord was flanked on one side by more or less abandoned industrial buildings and on the other by a series of gable walls in a range of different heights, with the tallest reaching a hundred feet (30m). Industrial premises belonging to France's national railway company were to be turned into apartments; some were to be luxury units, while others would be lower-income housing. But whatever their social status, everyone in these homes was going to have a direct view of this imposing series of gable walls in poor condition. That's why I was asked to cover them with plants. The idea of transforming this gloomy back alley into a green canyon was obviously a challenge; it had little light, stagnating cold air in winter, and random draughts. But I knew that some ferns such as Acorus and Carex, would thrive in these conditions, as would Corydalis cheilanthifolia, which reseeds itself in the slightest free crevice."

At the time of Patric's writing in 2008, plans for maintenance still had to be agreed. Over a decade on, it looks like they're in place. It's a triumph. 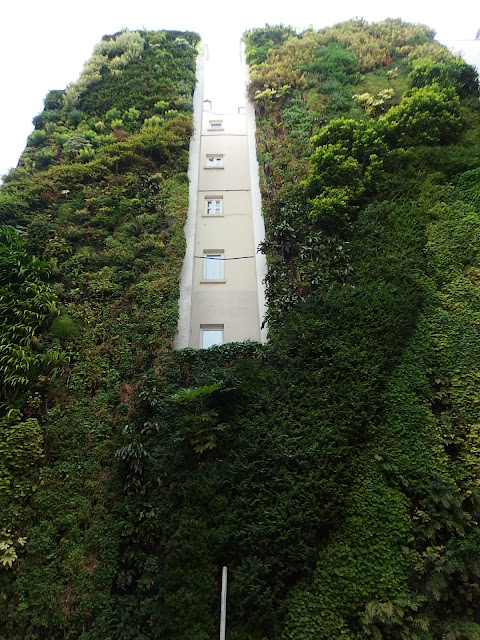