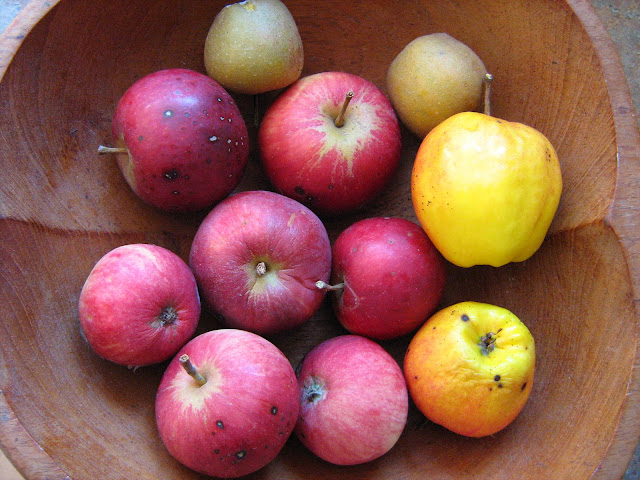 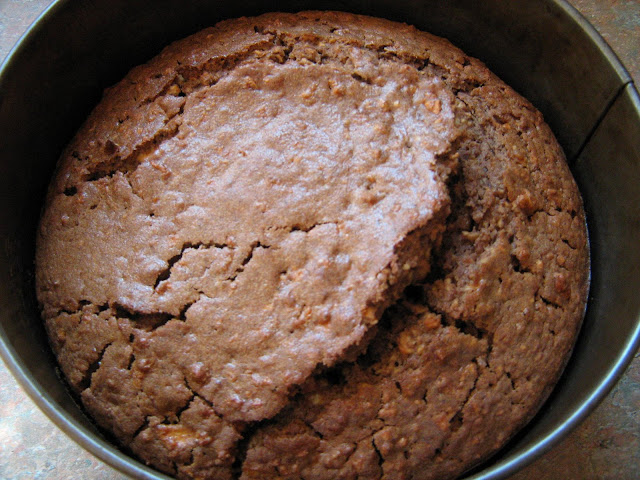 
This is the first year I've had a sufficiently large apple crop where I haven't insisted we eat the windfalls up ASAP before tackling the really nice fruit. My allotment cordons have yielded nearly 300 apples, so I can afford to do other things with the less desirable ones. Our current favourite use is to bake this rather nice apple cake. As it was the World's Biggest Coffee Morning earlier on today, I made one to accompany my morning cuppa. The apples in the bowl are a mixture of Scrumptious, James Grieve, Sunset and Princesse (aka King of the Pippins).

I found this recipe for West Country Apple Cake* by Googling 'Apple Cake' and it seemed the most apt one to use bearing my location in mind. I intend to try substituting cider in the recipe sometime to make it even more authentically West Country. The cake slices into 8 generous portions, which means you're getting about one of your '5 a day' per slice!

* = the version I used is no longer available online.