If the embedded video doesn't work, try this link instead.

The ash tree is fully clothed now, so I thought a short video would make a nice change from the usual still photo taken from our bedroom window. There's no visual sign of Mr and Mrs pigeon this month, though at least one of them can be heard.

Do you get lots of debris from the ash and lots of self sown tree seedlings? My sister's garden is plagued with one that overhangs her garden. 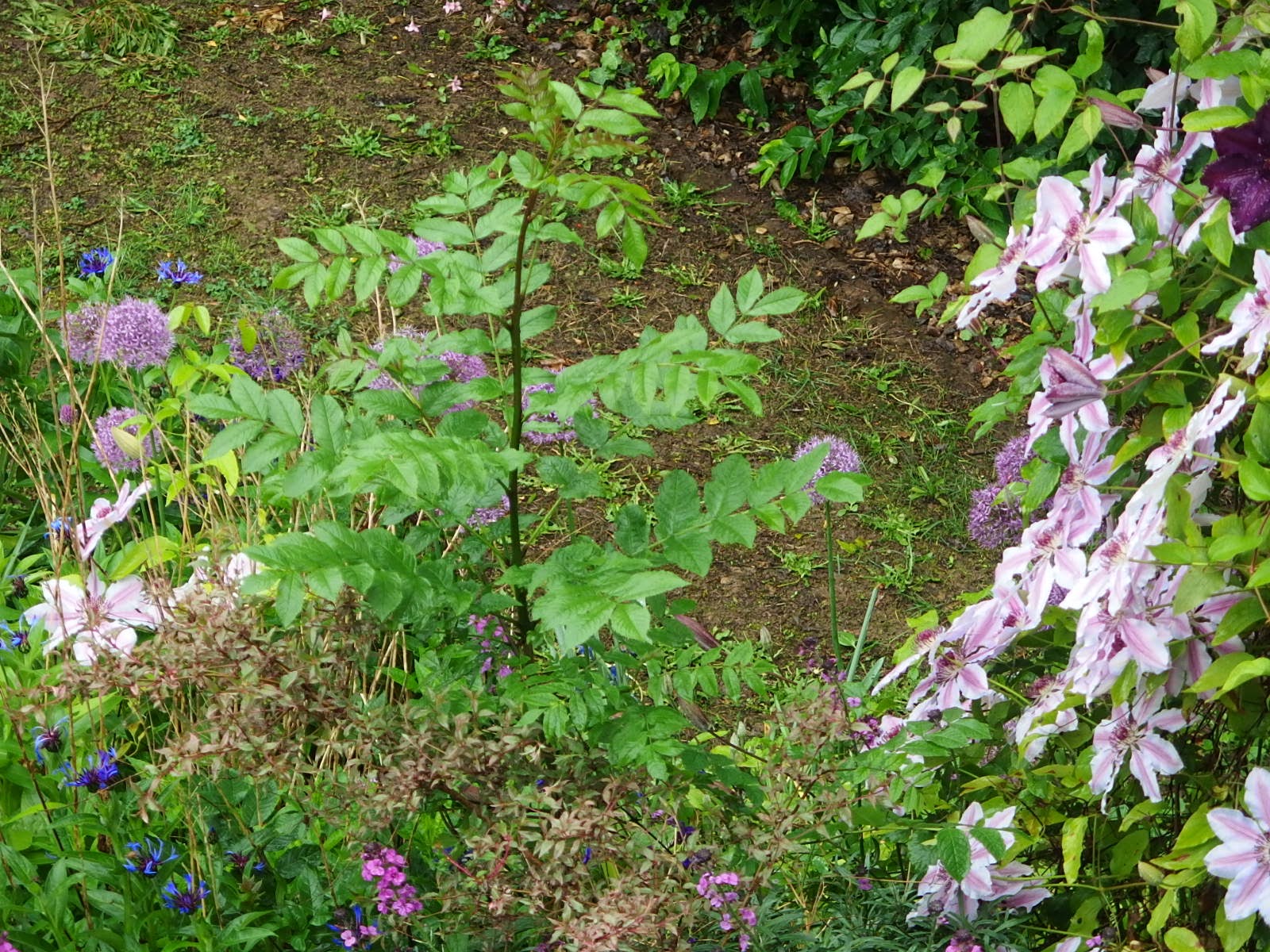 I think this photo answers Sue's question! I'm forever finding seedlings from the ash tree plus its neighbouring birch and maples. As you can see, some of them still manage to get through and make a substantial seedling before I spot them.

As for debris, yes we do get quite a lot of small branches and twigs dropping off the ash tree. It does seem to be one of those trees which tends to lose minor limbs quite often as well as having the major incident we had last December.

I've also spotted what looks like a major scar in one of the branches towards the top of the tree, so who knows what might land in our garden next...

Here's another picture of that seedling - with its parent lurking in the backgound. How on earth did I miss it until now? 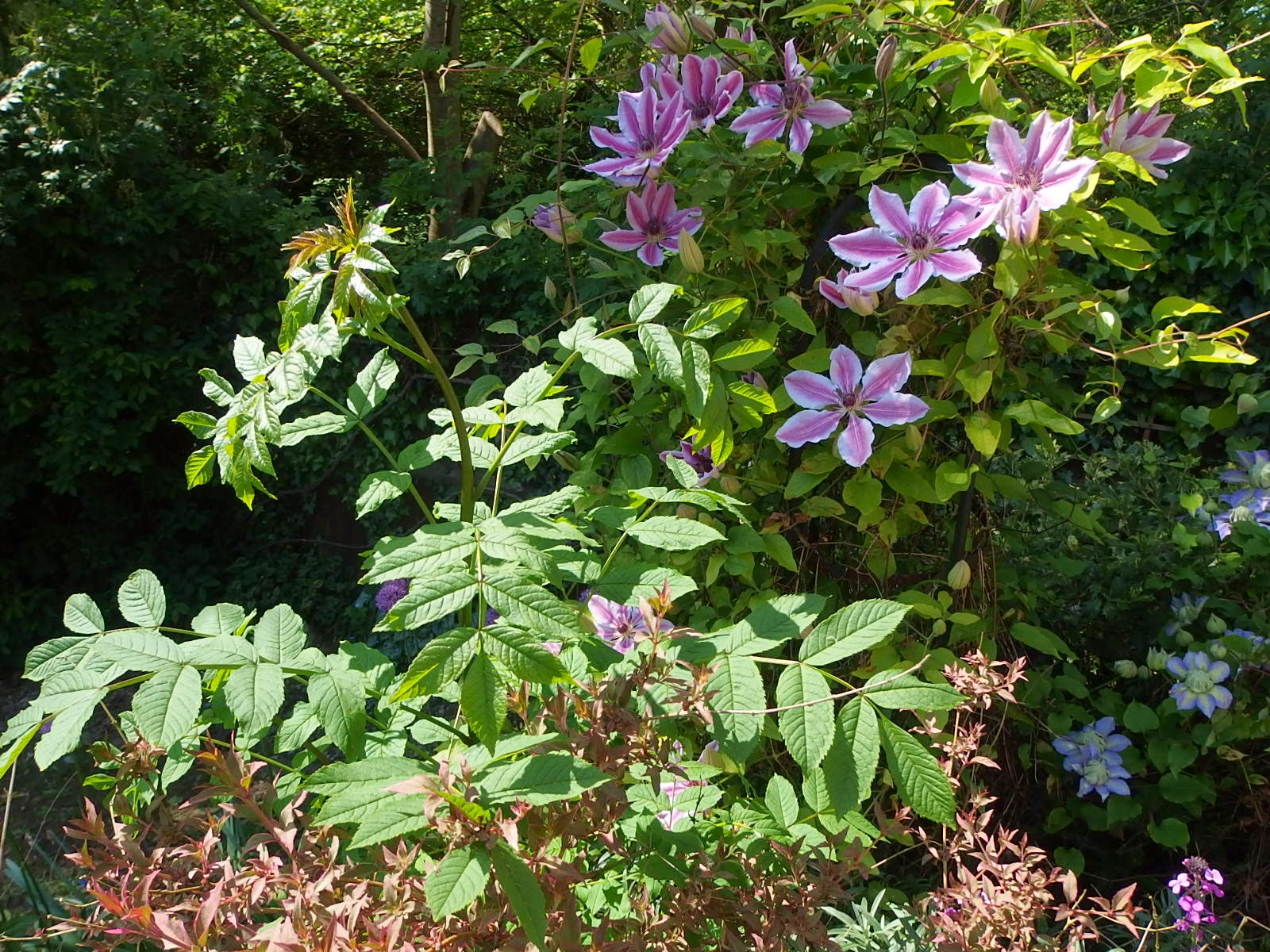 Have a look at Lucy's blog over at Loose and Leafy to see what my fellow Tree Followers are up to this month.