Getting to Grips With Biochar 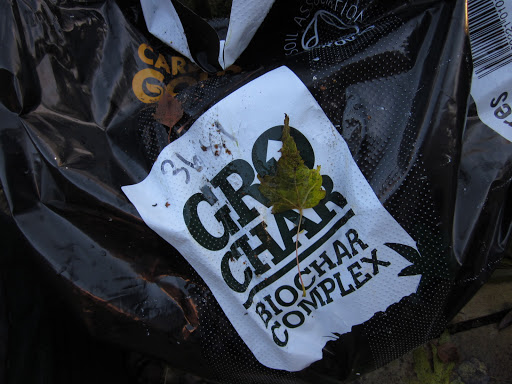 I've been trialling various biochar products since the spring, courtesy of Carbon Gold and now it's time to make some sense of the results.

The trials I set up were:

Owing to the poor summer the tomato trial had to be abandoned. This also happened with the courgette trial because it turned out the courgette plants were different varieties. Strange seeing the seed was from the same packet!

Cucumber - the home-made compost + allotment soil cucumbers were larger and more prolific than the allotment soil + biochar ones. However, owing to pest damage the cropping season was too short for this trial to be conclusive.

Other observations - there was no noticeable difference in plant condition or colour between the biochar and non-biochar raised plants. All plants seemed equally susceptible to pests (!). I didn't compare root growth during the trial.

Comparison with results elsewhere - Carbon Gold have announced the results of trials conducted by professional growers, which are positive all round. The Big Biochar Experiment independently run by Oxford University has reported (by email) positive results using biochar for wheat germination plus improved onion, carrot, potato and pepper yields. They have yet to confirm if these have statistical significance.

I'm wondering if the difference I saw in the rocket and salad mat germination trials might be due to the seed size involved, with the larger courgette and cucumber seeds unaffected by the type of compost used. Another factor may be the differing water requirements for the growing media used - the biochar compost is based on coir, which usually needs less water.

The positive result for the salad leaves produced from the seed mat grown on biochar could have been due to its poorer germination rate. The mats were pot grown, so the seeds which did germinate on the biochar weren't so crowded as their New Horizon grown cousins. NB the salads grown in my new salad area were evenly spaced and the positive result for biochar grown leaves was reversed. This could explain the difference in results.

The trials I've set up this year aren't really scientific enough (or large-scale) to draw any firm conclusions concerning the effectiveness of biochar as a component of a growing medium. I need to set up some further trials where the growing medium is the same with biochar added to one half of the trial area or pots used.

I've shared my preliminary findings with Carbon Gold who've asked when I received my samples (which were May if memory serves). Apparently there was a poor batch sent out - I don't know if mine were part of that.

One general observation: growing media containing coir needs a different watering regime because it retains water differently to other components. Ordinary gardeners like me need more guidance on what to do. This doesn't just apply to the products I've reported on here.

I've also set up a garlic and autumn onion trial on the allotment on two of my new raised beds. The biochar trials continue...

... and here are my variable results. I also found an interesting article referring to work conducted in the 1840s as part of my research for that post. It could be that my soils aren't deficient enough in carbon for the biochar to make a difference.