So What Exactly is Salad? 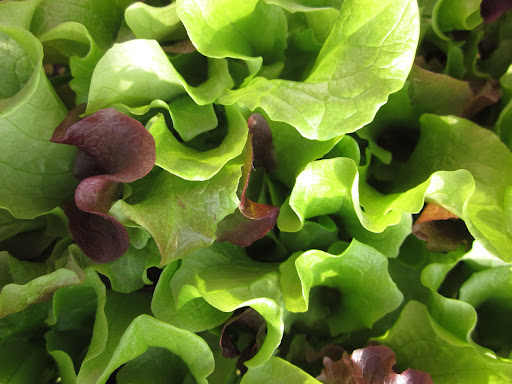 Gilly's post last week reminded me I've been pondering the question so what exactly is salad? since the start of this Challenge. Carl asked a similar question at the beginning of the year, so the definition I came up with in reply and for our purposes is...


...it's salad leaves, sprouted seeds, edible flowers and anything you can forage to add to the bowl. There are also other seasonal 'supplements' you may have available to add: e.g. beetroot and other root vegetables during the winter; or cucumber, peppers and tomatoes in the summer for instance.

So far that definition has served us well. However, Gilly's got me thinking about it again. In her post she said:

I don’t want to eat a lot of salad over winter, I prefer warm vegetables and veggie-packed soups.

There's nothing wrong with that of course, and it got me musing about warm salads in her Comments:

...I’ve been pondering salads vs. winter – we need some recipes for warm salads methinks (when I’ve got my head round what warm and salad actually means!). Plus a lot of the salad ingredients can be used for warming soups too, so it’s win-win.

Yes, when is a salad not a salad? With so many ‘non-salad’ items now entering the salad repertoire plus hot lettuce recipes I would pose the question “is it a useful way of looking at it?” but then where would that leave the Challenge!


It seems I'm not the only one confused by the term 'salad' these days, so I turned to The Free Dictionary for guidance where it's defined as:

d) NB do click on the little icon to hear the spoken salad!

a. A dish of raw leafy green vegetables, often tossed with pieces of other raw or cooked vegetables, fruit, cheese, or other ingredients and served with a dressing.
b. The course of a meal consisting of this dish.
2. A cold dish of chopped vegetables, fruit, meat, fish, eggs, or other food, usually prepared with a dressing, such as mayonnaise.
3. A green vegetable or herb used in salad, especially lettuce.
4. A varied mixture: "The Declaration of Independence was . . . a salad of illusions" (George Santayana).
Concentrating on items 1a and 2, let's see...
It seems there are plenty of exceptions to these 'rules' as far as salad is concerned!

For NAH, a salad means various green leaves combined with tomatoes, cucumber, red pepper, raisins and a low fat dressing so that it's less boring. It's served alongside grilled fish, meat or an omelette. It means he eats something in the evening which agrees with his constitution and doesn't interfere with swimming training later on or early the next morning. I get rather bored with that - hence my need for this Challenge!

What does the term salad mean to you?

Update: I've now come up with a simple 4-step guide which ensures we get a great tasting salad every time, no matter where we are in the year.
52 Week Salad Challenge NAH