Up on the Roof

Many of the green roofs we hear about in the UK tend to be at the high end of the market, such as the Sky Garden in London. However, my visit to Toronto's Hugh Garner Housing Co-Operative  highlighted the possibilities for any housing development seen in our towns and cities.


It wasn't just a roof full of sedums either; this scheme showcases how a fantastic communal resource can be achieved, suitable for both entertaining and quiet relaxation, with an amazing view.


I learnt so much during my time in Toronto which deserves to be blogged about, but this garden was the one which really touched both my head and heart. I nearly burst into tears of rage at the time as the UK doesn't have the kind of legislation Toronto has had since 2010. It touched a raw nerve as I'd recently learnt France had just passed something similar. 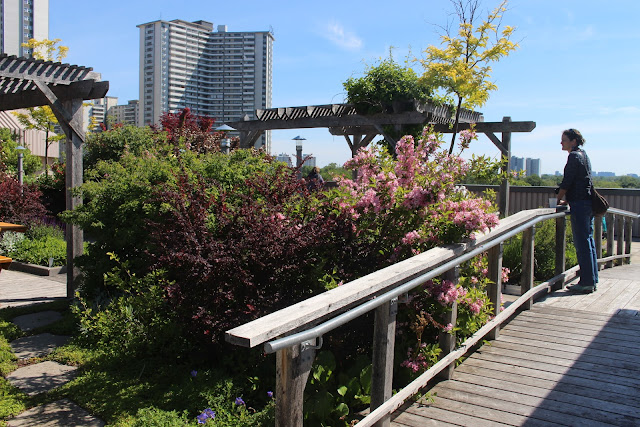 To my simple mind it's a no brainer. We need to start building this way, so we have robust, healthy communities, with access to green space even in the concrete heartlands. London at least has made a start; its revised London Plan published in 2008 encourages the installation of green roofs and living walls. 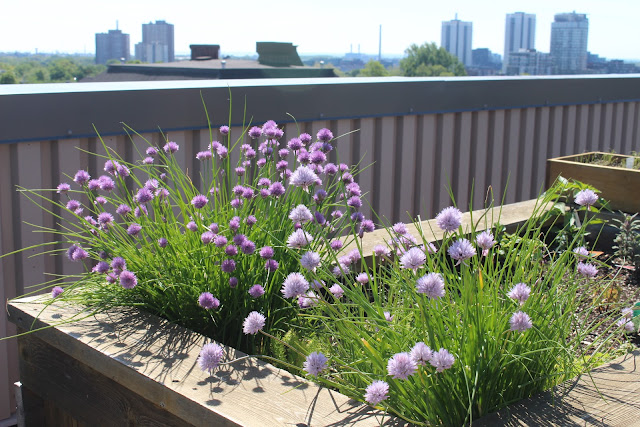 Note the Hugh Garner roof garden was built in 1983, well ahead of Toronto's legislation. The housing co-operative concerned is run on not for profit lines and the residents are from a variety of economic and cultural backgrounds. I hope future developments in the UK - such as the government's recent controversial announcement for the potential redevelopment of sink estates - leads to similarly enlightened schemes. 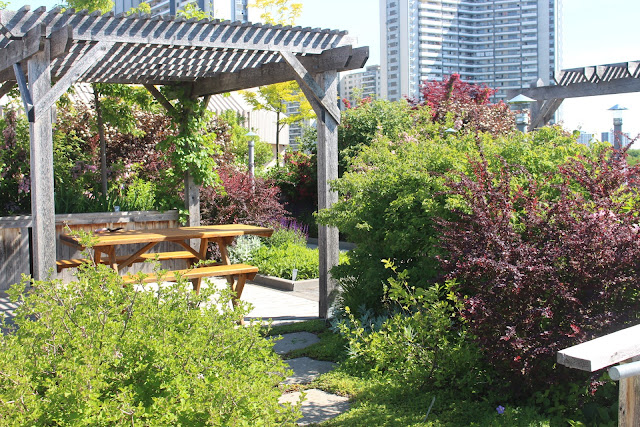 Links to other Flingers' blogs featuring this garden - they're especially good for the design details:


Here's the Fling blog's overview of all the gardens we visited, plus links to everyone's posts about them. 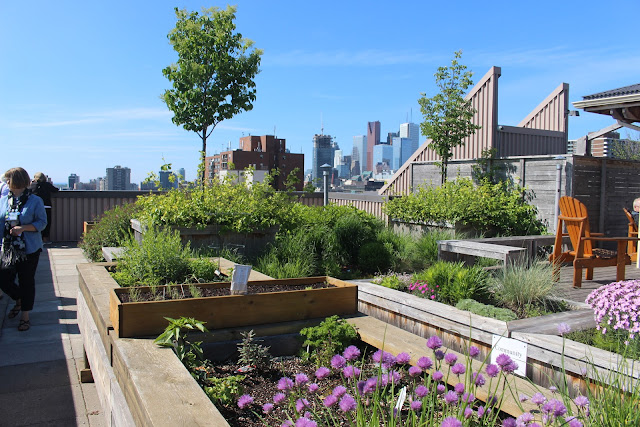 
Toronto's website is a fantastic resource which outlines the benefits of having green roofs and showcases lots of examples of a wide range of different schemes and designs.

It applies to new institutional, commercial and residential buildings over 6 storeys high and a minimum gross floor area of 2,000 m2. New industrial buildings were also included in the legislation in 2012.

I feel a letter to my local MP coming on...