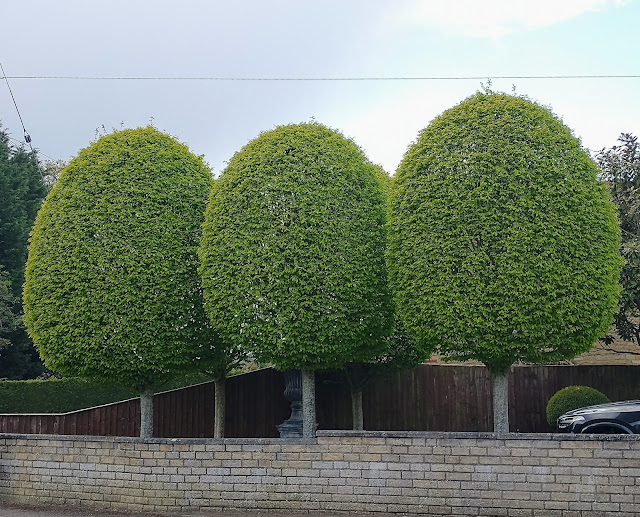 These tightly clipped trees have brightened many a lockdown walk as they remind me of lollipops. I've spent so much time smiling to myself when I see them that I've totally neglected to identify them. Sometimes it's good to just go with the flow and enjoy things for what they are. 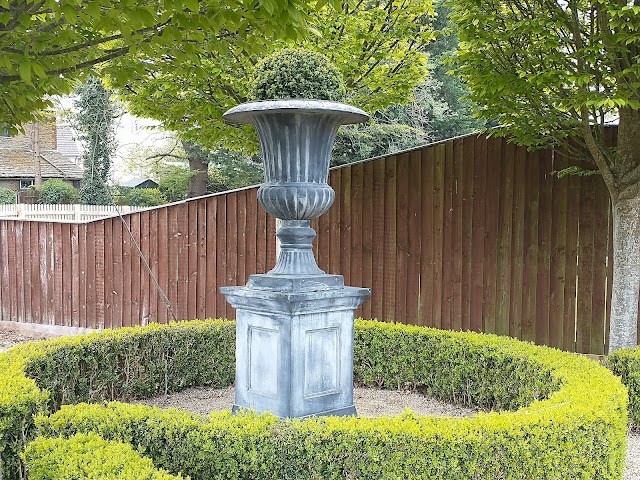 A closer look at what lies beneath reveals more formality in the shape of a traditional urn and circles of clipped hedge. These remind me of a similar sight at West Green House, where apple trees and tulips are planted inside similar circles and other shapes to make a spectacular show. I've wanted to do something similar for our front garden for a while, though my attempts at growing enough box cuttings to make a start were a dismal failure a couple of years ago. I think I'll start again with some Euonymus 'Green Spire' instead to avoid the dreaded box caterpillar or blight. I'm also toying with the idea of some Camassia or alliums within the circles and I await further inspiration for later season interest. 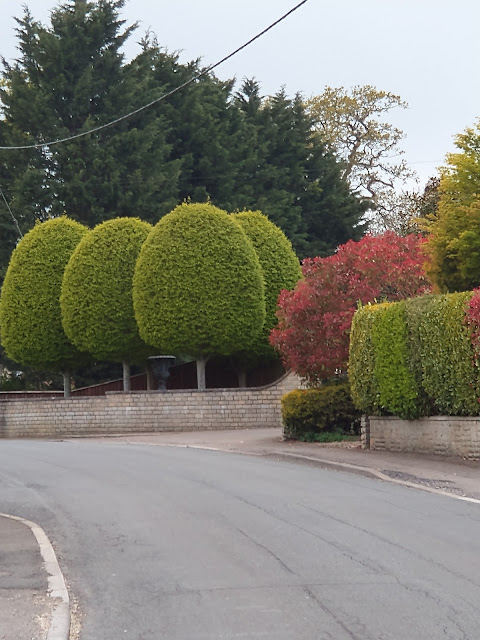 The look back is pretty good too!
#LockdownLife Chippenham Front Garden Out on the Streets Unusual Front Gardens