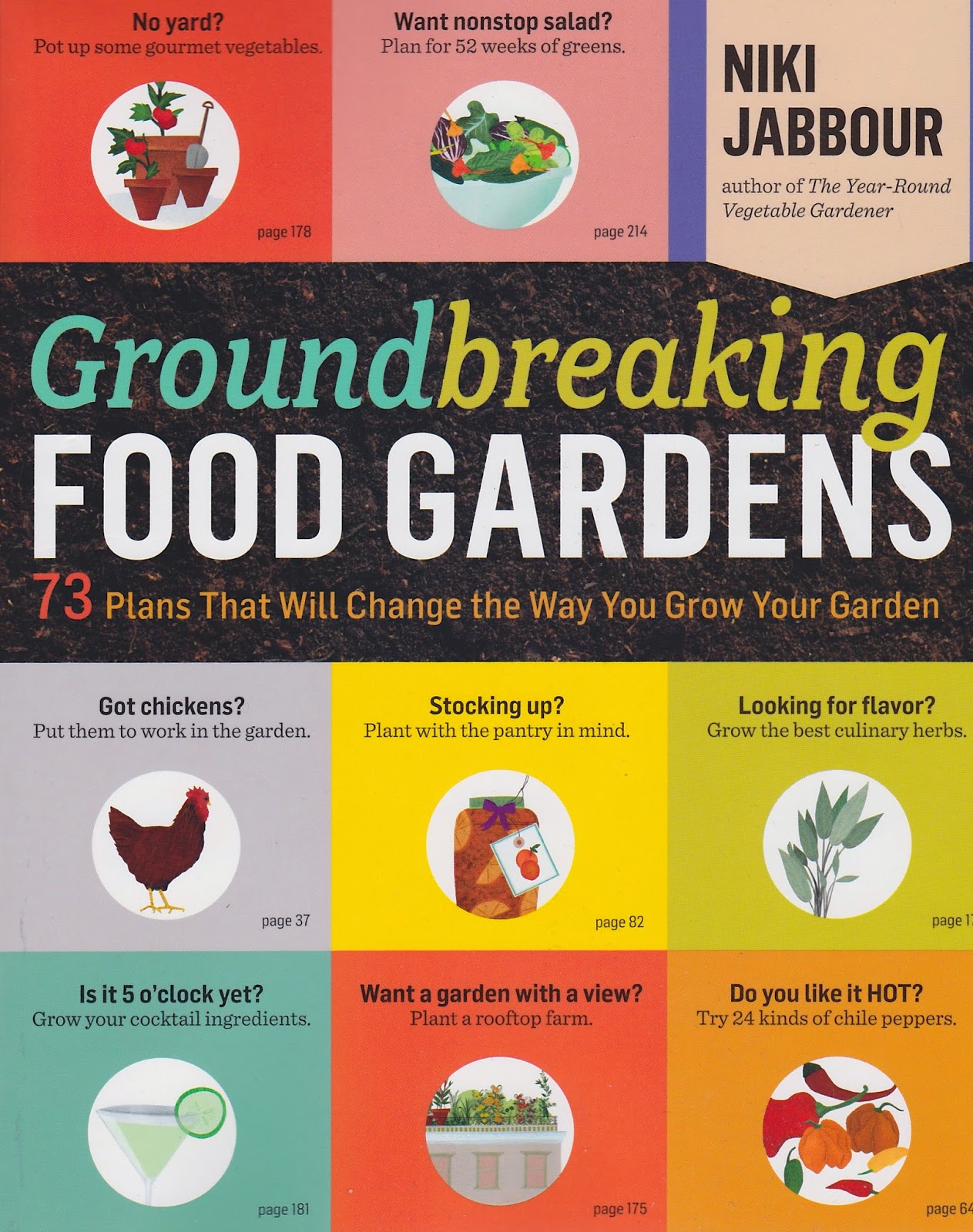 Today's Salad Days is a little different. Have a look at the top middle of the book cover on the right, can you see why that might be? (click to enlarge if needed)

Yes, The 52 Week Salad Challenge has made it into print! It's one of 73 contributions to Niki Jabbour's latest book, Groundbreaking Food Gardens, which is going down a storm.

2 years ago, Niki and I got chatting on Twitter after I mentioned her last book as part of the Challenge. It resulted in her asking if I'd like to contribute a 'plan' to her next book, based on the 52 Week Salad Challenge.

I said yes, but secretly I felt rather daunted. To me, 'plan' meant 'design' and I was only a couple of months into the Challenge at the time. Niki was very persistent though and assured me only a rough drawing would be needed and the book's artist would do the rest.

Still I procrastinated, but by September 2012 I finally felt able to put something together. However, Niki needed it immediately and I was about to go on holiday... 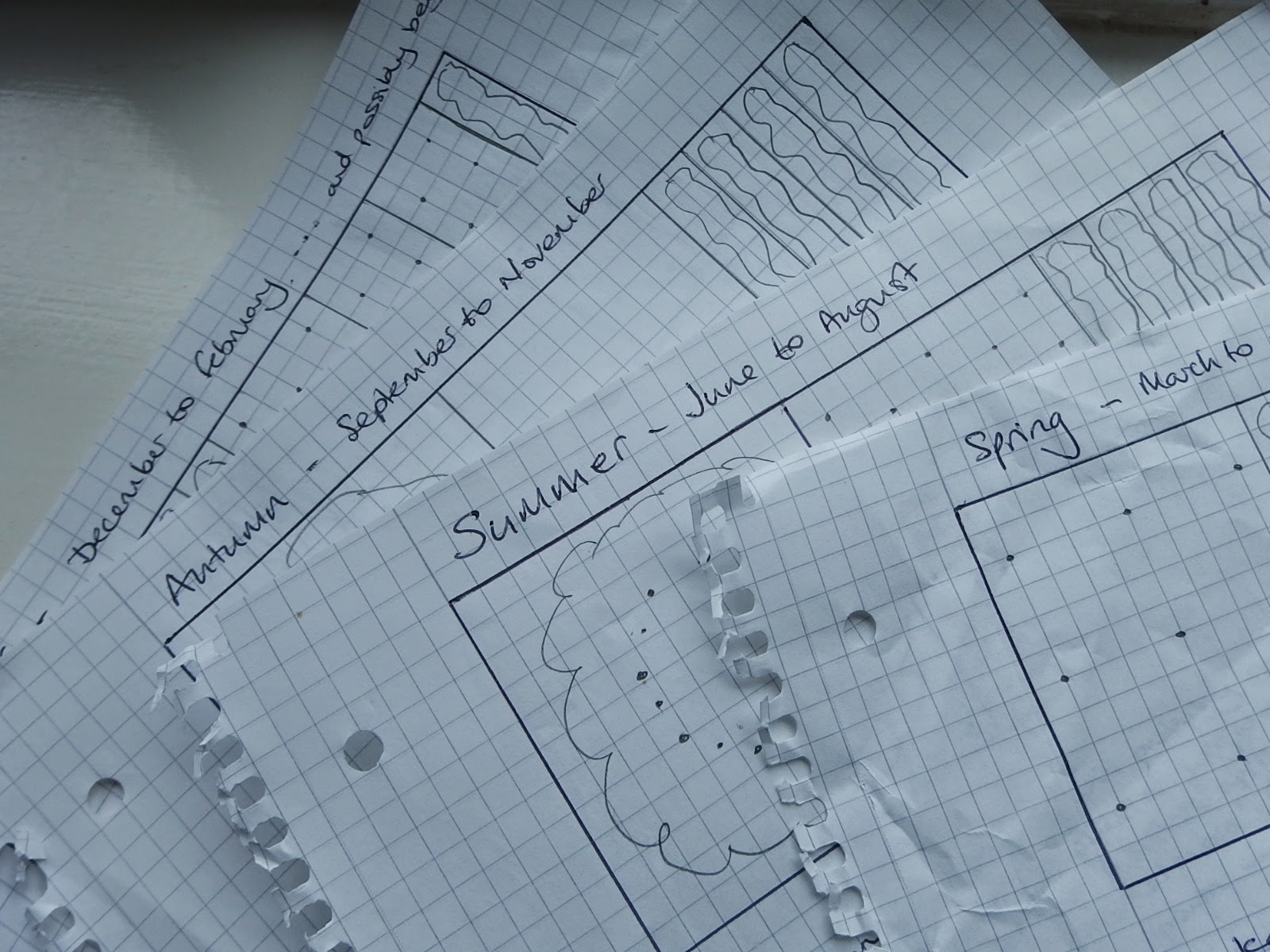 ... out came the squared paper and I put together 4 plans, 1 for each season. Each one is based on the area of the 2 cold frames I'm using to grow salads, the idea being that only a small area is needed to grow a year long salad supply as long as some astute juggling with seed trays plus windowsill growing during the cold months are also adopted.

Underneath each plan is a a key to the crops grown with growing notes and named varieties to try. There are also some suggestions for a few extras (aka fixin's) which can be used to supplement the salad greens, such as a pot of nasturtiums or a hanging basket of Tumbler tomatoes.

Niki typed up my written notes I'd scanned and emailed to her, then sent them back with a list of questions. It was clear my hastily scrawled handwriting left something to be desired! She also translated my English into 'American' e.g. rocket became arugula and we spent some time discussing our favourite varieties and homing in on those available on both sides of the pond. 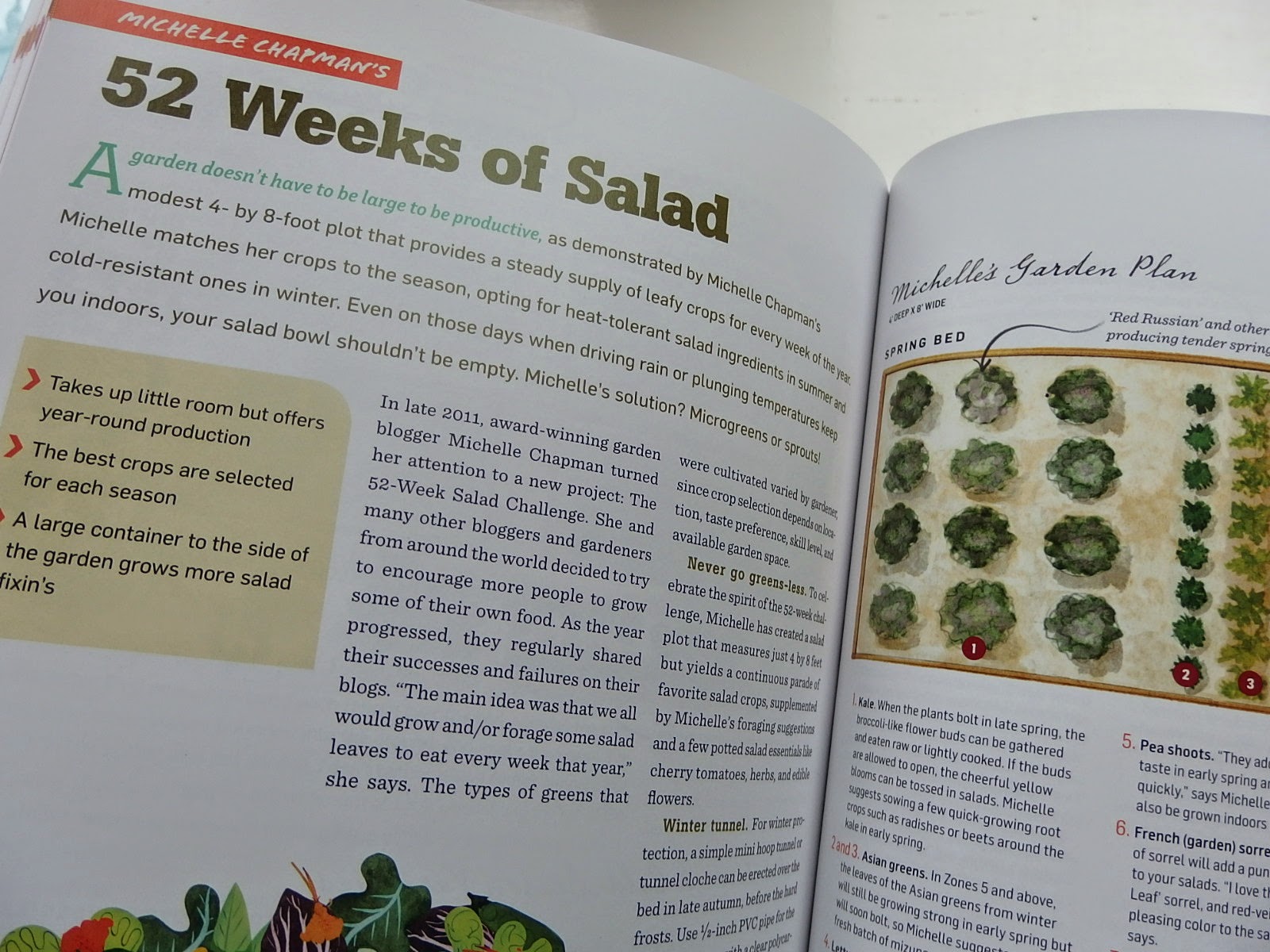 And two years later here's the final transformation - after answering further questions from the editor and a couple of rounds of approving the artwork. I also had to write an author biography for the book's introduction. I'm honoured to be included alongside many of the great and the good of north American garden writing world. It's great to see Emma Cooper and Rachel Mathews batting for this side of the pond, as well as my dear friend Dee representing Oklahoma :)

Niki's done a grand job of pulling the book together and I've loved reading the other contributors' plans. I see them not as an absolute recipe to be followed slavishly, but as a compendium of ideas and starting points which can be adapted and joined together to meet the reader's own requirements. For example, Emma's comfrey tower would sit very well alongside my plan.

Thanks Niki for your persistence and giving me the opportunity to contribute to your book. Am I chuffed to bits with the result? You betcha :)