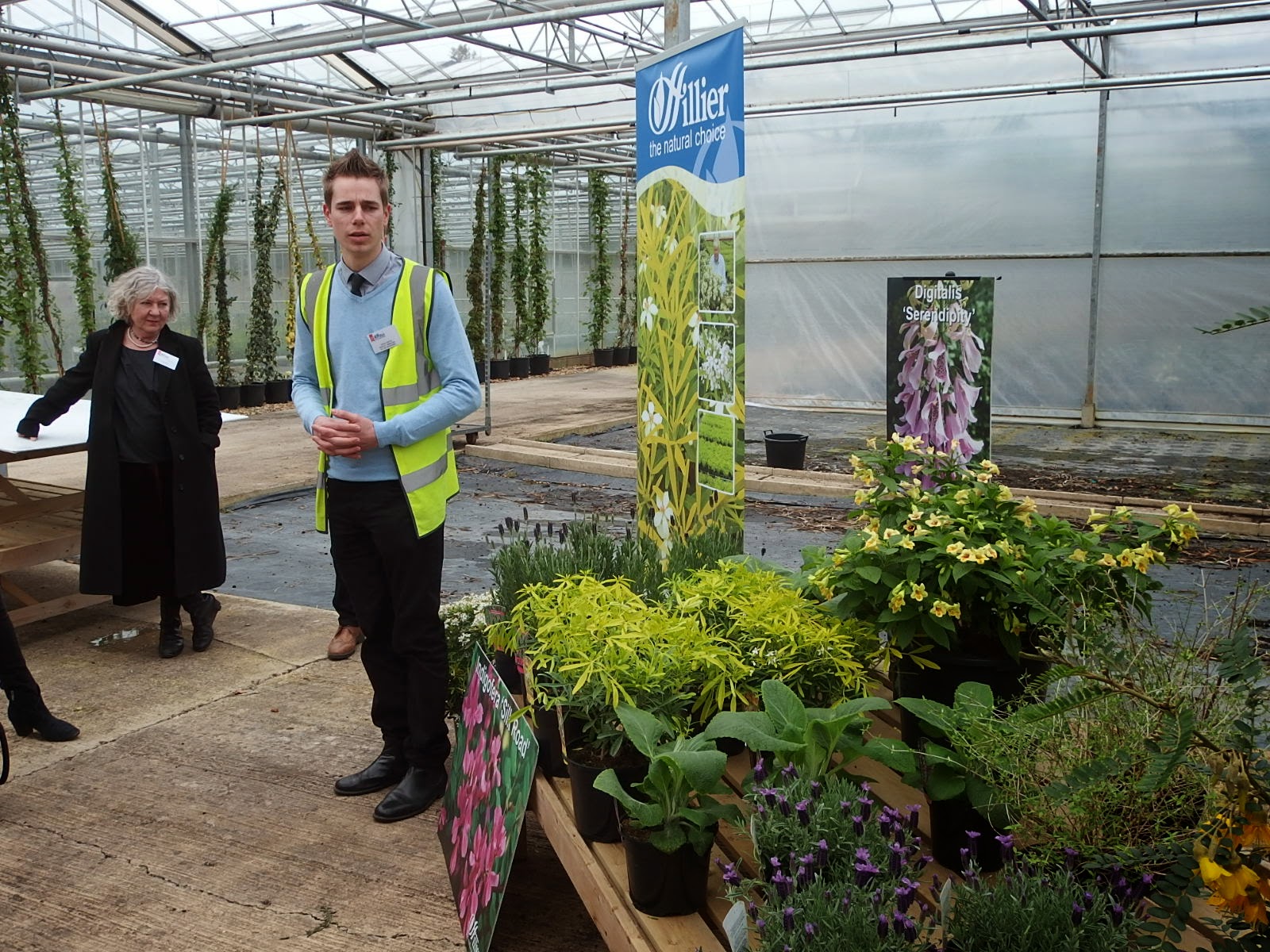 When I was at Hillier a few weeks ago for their double book launch, I also took them up on the offer to have a look around one of their nursery sites. Here product manager Steve Austin is telling us about some of the plants they've launched at previous Chelsea Flower Shows. With one exception... 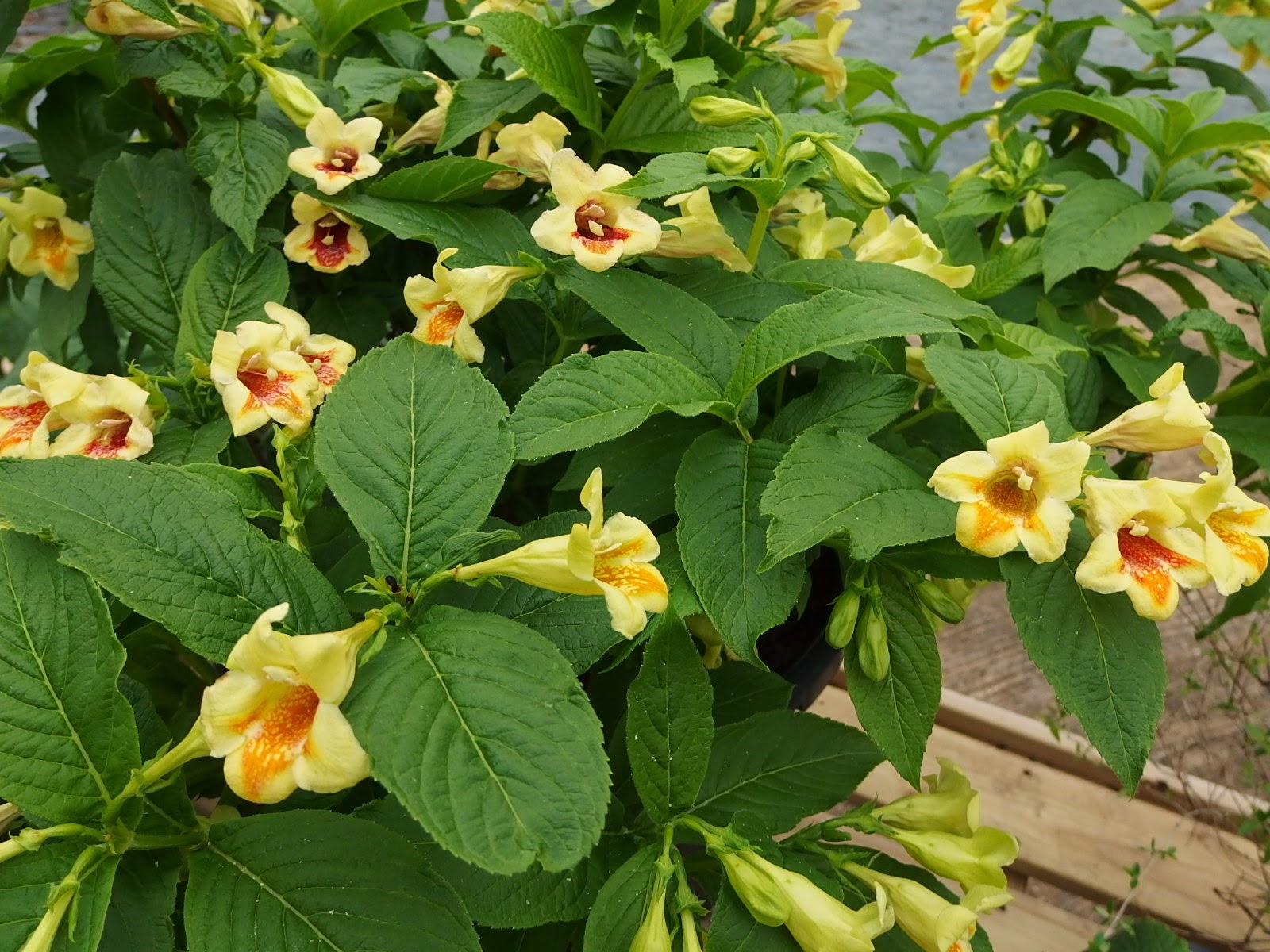 ... Weigela middendorffiana 'Mango' will be launched at this year's show. Quite a change from the pinks and reds associated with this shrub. If the weather's been kind enough, 2 Cotinus, 'Ruby Glow' and 'Candy Floss' will be also be launched.

This year Hillier are due to reprise a number of the successful features from previous show gardens as part of their 150th birthday celebrations and hopefully garner a 69th consecutive gold medal in the Great Pavilion. There will be a White Garden to echo 1999's Green and White Garden, plus the usual great gathering of rhododendrons and azaleas to echo those which feature so strongly at the Sir Arthur Hillier Gardens at this time of the year. 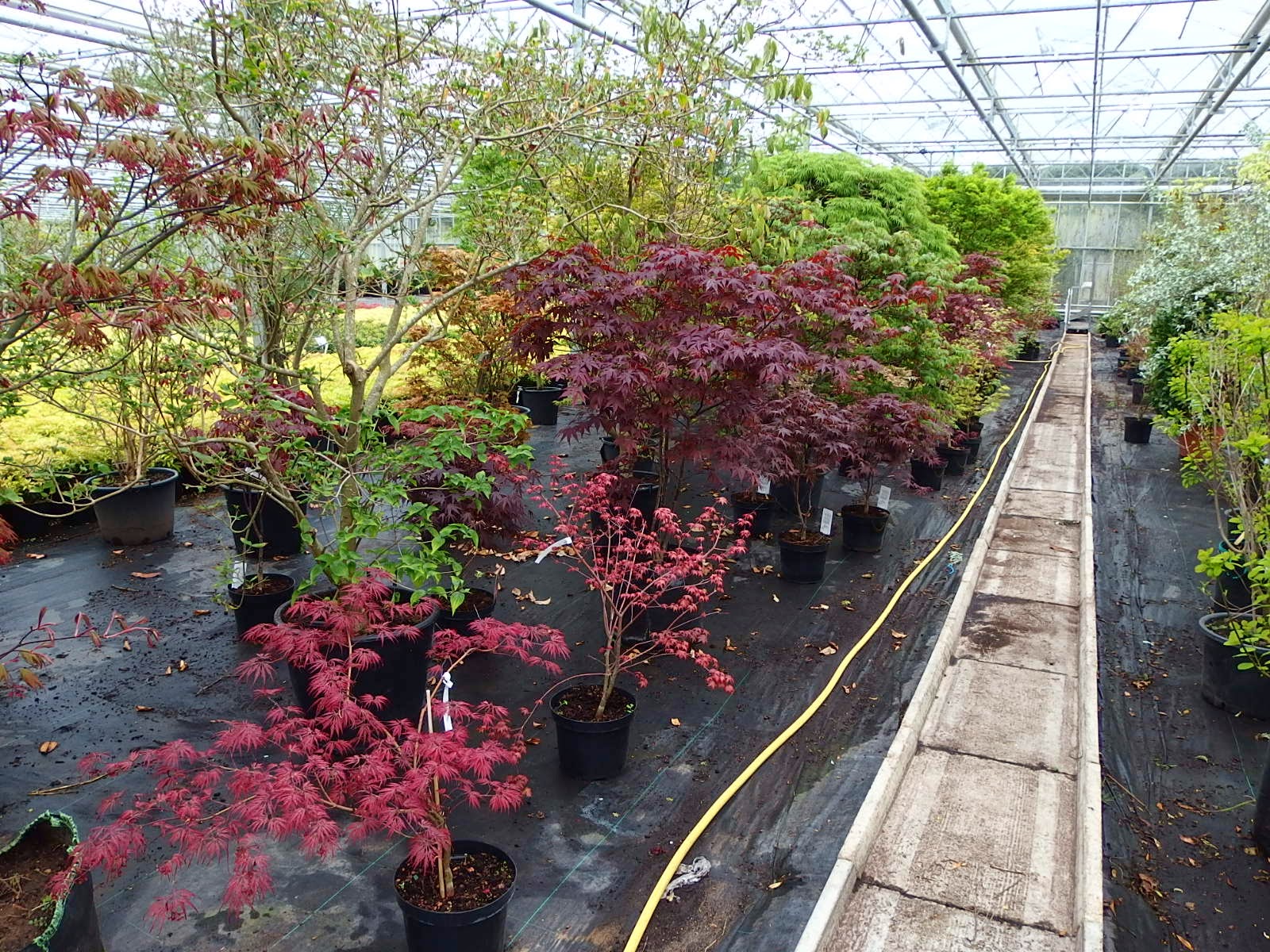 Another main area in the gardens is Acer Valley, which also featured strongly in Hillier's 2008 exhibit. The picture shows the Acers set aside for this year's Chelsea. They are the exception rather than the rule as we were told most of the plants exhibited are selected from stock, rather than set aside... 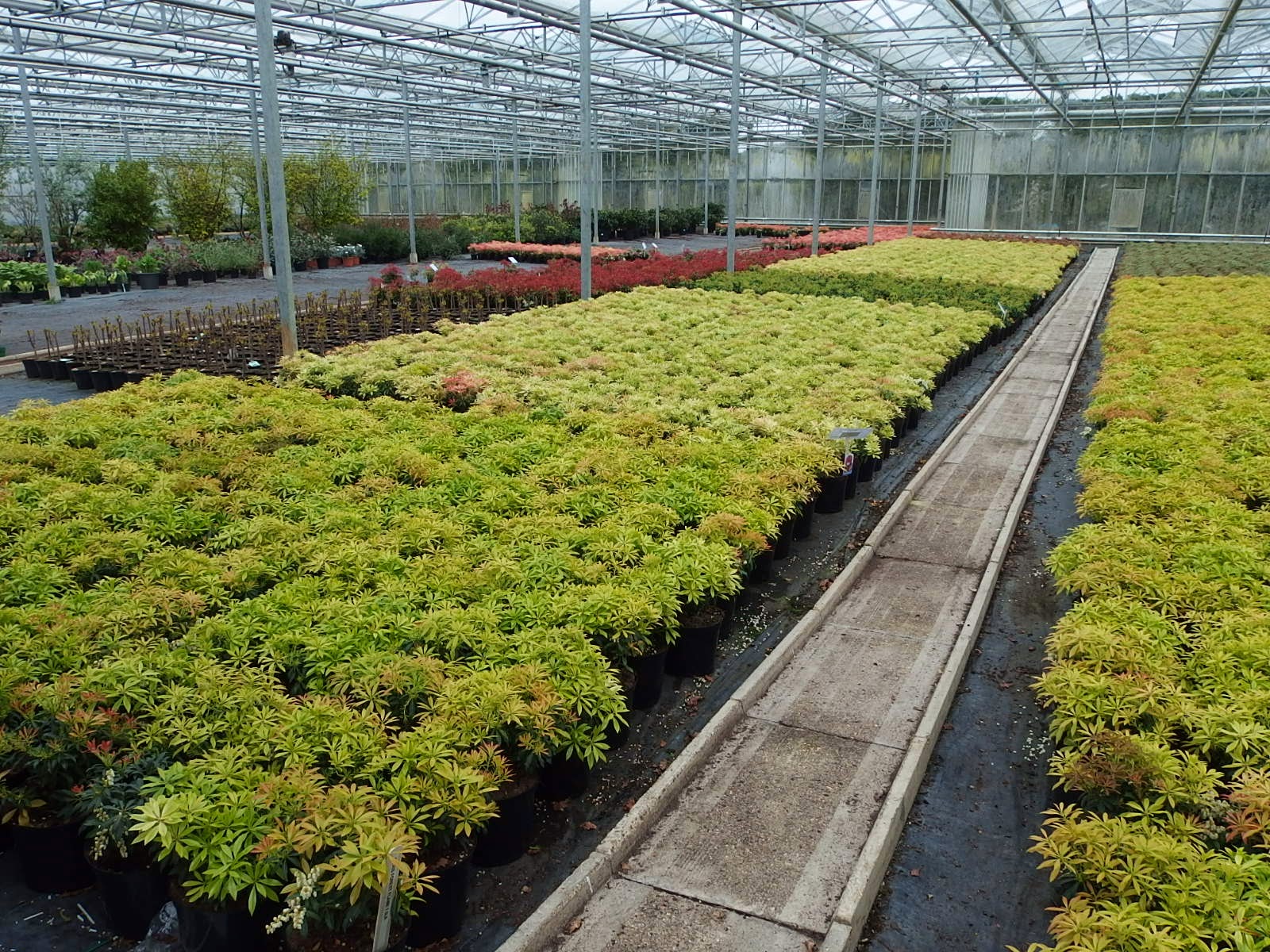 ... but then seeing the thousands of plants available in the nursery, the ability to select straight from stock became perfectly understandable. 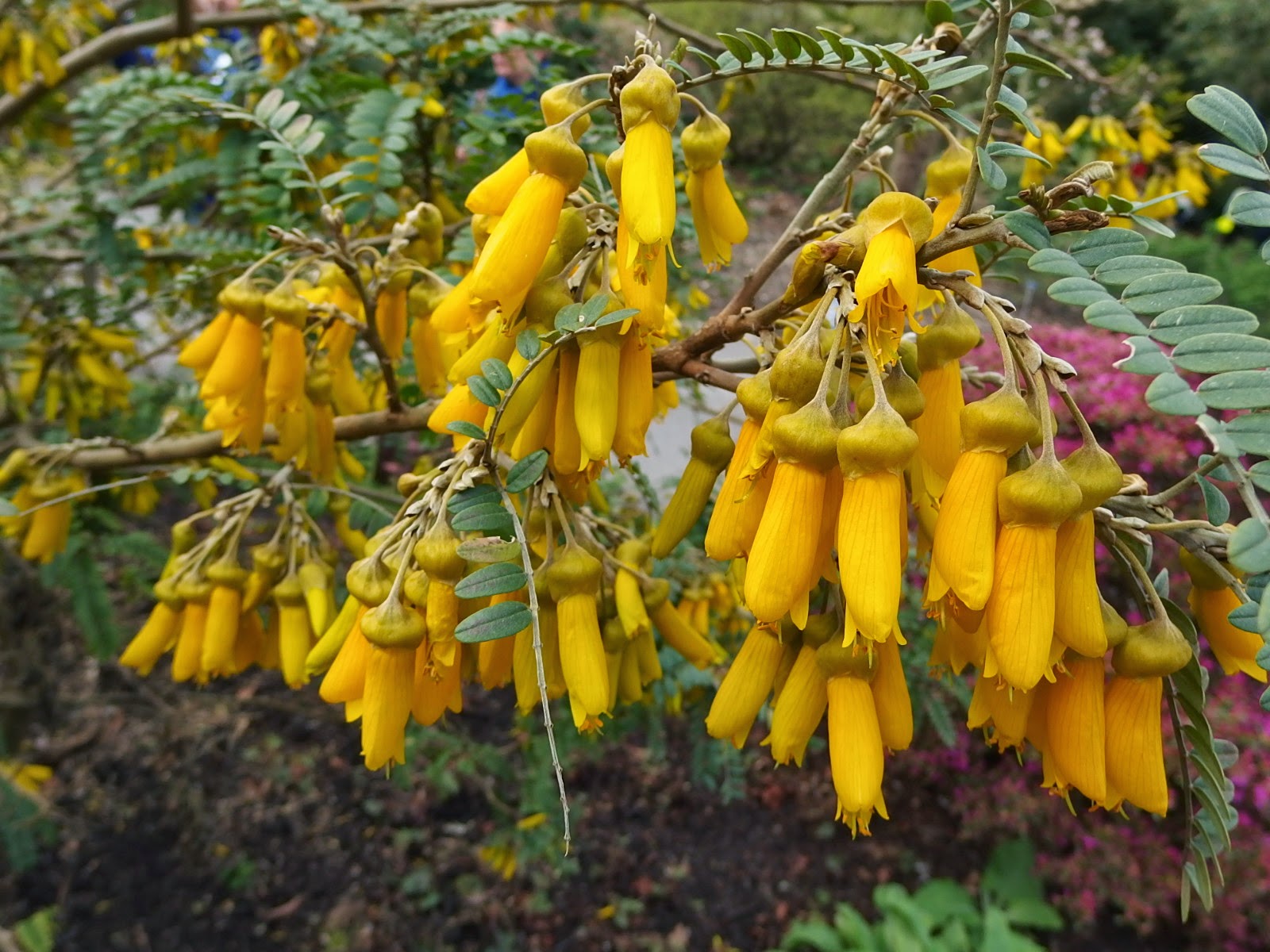 During our garden tour earlier in the day, I discovered this new-to-me-shrub Sophora 'Sun King', named by Hillier in 1960 after they found a chance seedling in the nursery. The bees were loving its long, tubular flowers. It also cropped up during our nursery tour, so I'm expecting to see it again at Chelsea.

It'll be interesting to see how our tour of the glasshouses translates into Hillier's exhibit in the Great Pavilion.
Showtime