Make Use of Mildew 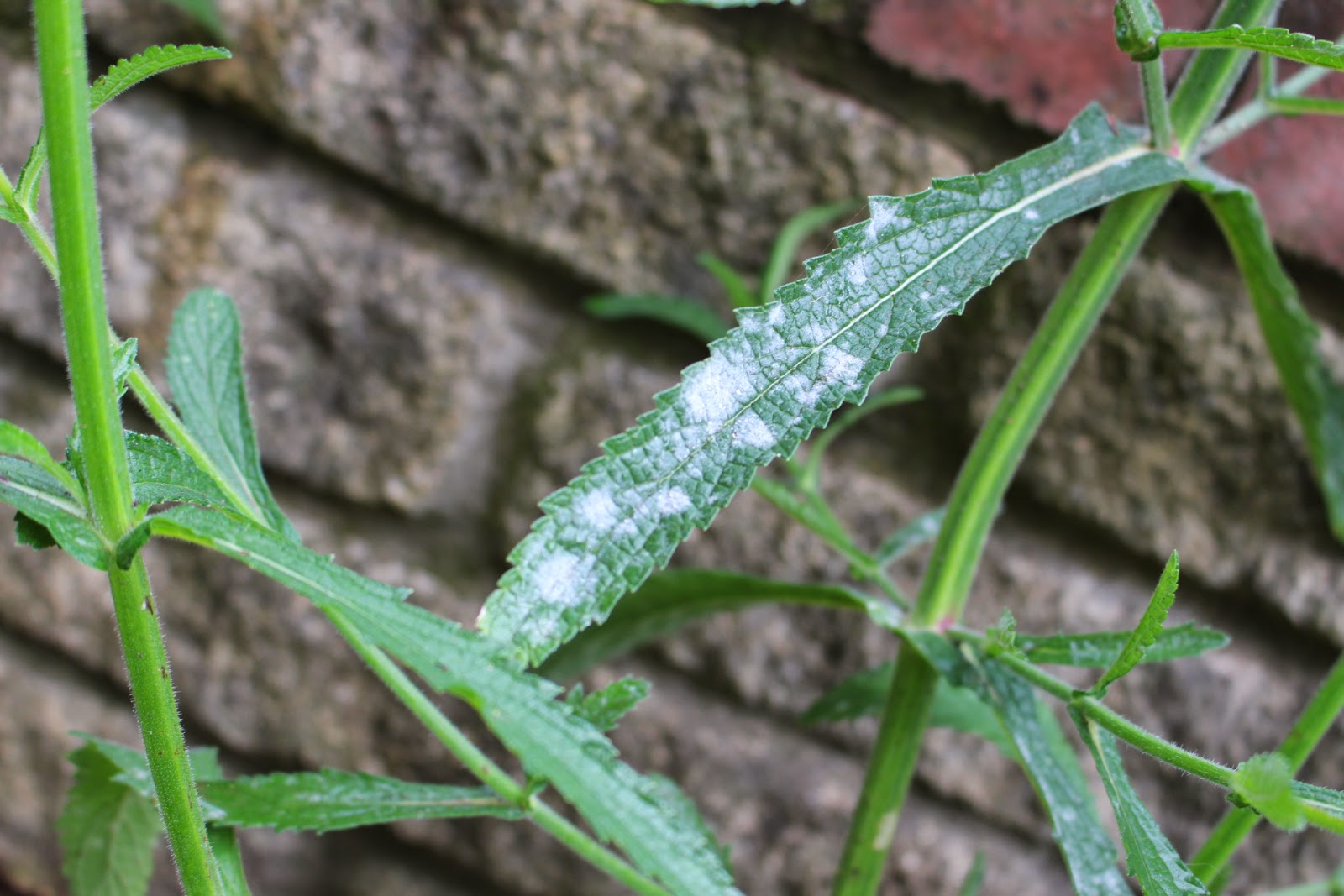 On my garden patrol this morning I spotted some powdery mildew on a couple of my new Verbena bonariensis plants. I suppose it was almost inevitable as I prefer to grow my plants hard - this means no water for them unless they look absolutely desperate.

This approach means plants root themselves more deeply and have a better chance of survival during spells of dry weather like we've had lately. However, it also means I run the risk of problems like today's, especially with any garden newbies planted late in the season.

We've had a good drop of rain overnight, so this should help my plants survive. I'll mulch them later today to help lock in the moisture as it's water stress which encourages the mildew to take hold. I've also removed the infected leaves and sprayed the rest with a milky drink.*

I'm also pleased to find there's a use for my infected leaves. Oliver Ellingham at Reading University has started a PhD - sponsored by the RHS - researching the various mildew species.** He's launched a powdery mildew survey to help him gather samples from a much wider area over the next couple of years than he can manage on his own. I've bagged up my leaves ready to send to him together with details of their location.

Oliver is using the samples to identify the geographical locations and plant hosts for each mildew species he identifies. Like the flying ant survey I blogged about (which is still on the go), I'm sure this citizen science approach will reveal unexpected insights into the fungus as well as helping him with his anticipated research.

Oliver and his Culham Research Group colleagues have a blog - it gives a fascinating insight into their projects and the methods they use. Having read Oliver's posts about his project, I wonder if the milky drink I sprayed on the asters and lupins close to the Verbena was needed - what if the mildew I have is host specific? I'm keeping an eye on the blog to see if this question's answered.

* = 50ml milk made up to 500ml in a spray bottle and used every 10 days or so - some websites recommend a higher milk concentration, so I'm experimenting. Apparently any milk will do as it's the milk's proteins which are believed to be effective against mildew rather than the fat. It's not a new remedy - researchers in Canada found milk was effective against mildew over 50 years ago.

You can find out more about this approach on the Grow Veg website and the RHS website has a general overview of mildew's treatment and biology.