I Love August For... 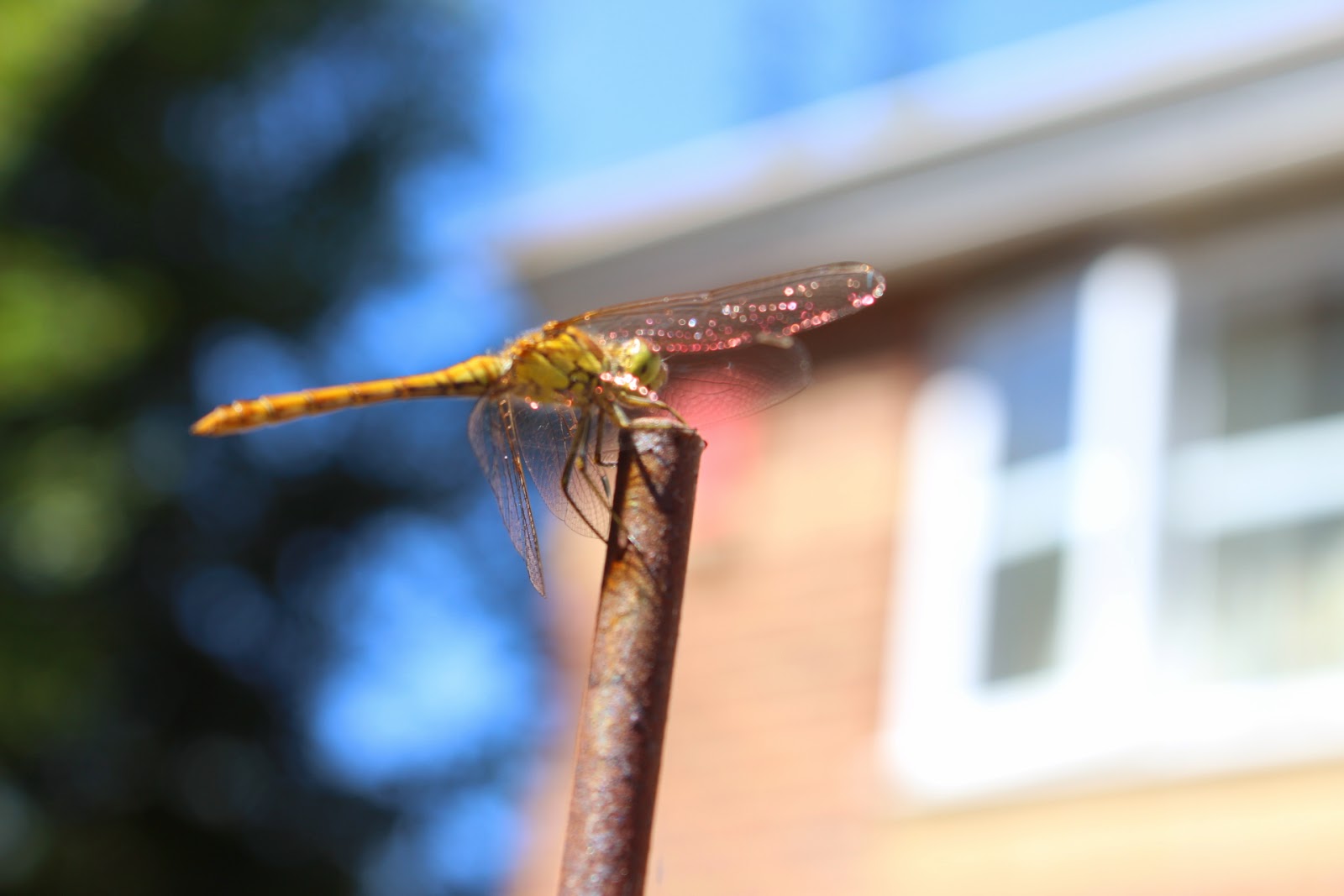 I once referred to August as a drowsling month, where the air is slow moving and the garden is taking an afternoon nap, lulled by the background hum of bees, hoverflies and suchlike. When I look through my photographs from previous years, there's a definite increase in my attempts to capture my garden's wildlife on camera in August. Perhaps this reflects more time I spend in the garden rather than gardening?

It usually ends in frustration as my point and shoot camera simply isn't up to the job - as far as the pictures formed in my mind's eye are concerned anyway. The wildlife I want to capture is either too small (the insects), or too far away (mainly birds, but the odd squirrel and badger is known to frequent these parts) to be anything but a small dot in the final result.

I hope this is about to change as I have a shiny new camera. For years I've argued with myself about getting a DSLR as I already have 2 bulky film SLRs plus a compact digital camera. The first 2 are no longer used (and I miss them) and the latter is ideal for slipping into a pocket or bag for taking photos on the move.

Whilst on the whole I'm relatively happy with what it provides for my blog, I frequently find myself gnashing my teeth in frustration, especially when I find myself shooting blind on a sunny day. It's click the shutter and hope I have something decent, especially at shows like Chelsea.

So, I've finally taken the plunge and I LOVE my new camera. It's early days yet re taking the pictures I want, but I'm enjoying the challenge of trying to get there.

The picture is of a dragonfly which took a liking recently to the tallest of 3 rusted metal bulrushes (aka reedmace, cattails or Typha latifolia) I 'planted' as part of my makeover of the double terrace beds. I can see plenty of flaws with the result, but it's 100% better than anything else I've managed so far with my other digital cameras :)

What do you love about August?
I Love Photography Wildlife