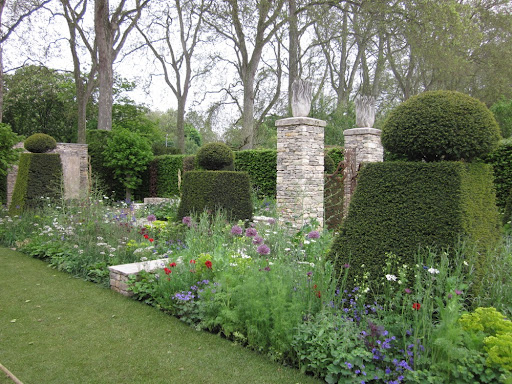 In my previous visits to Chelsea, I've always been a little disappointed in the small number of exhibits which have a connection to Wiltshire. Not so this year :)

And what could be better than Best in Show? I loved Cleve West's show garden for Brewin Dolphin, a Wiltshire based company who are celebrating their 250th birthday this year. When I first saw the design, my first reaction was the gates reminded me of peering through those at Avebury Manor. Cleve told me they hadn't formed part of his inspiration, but I like to think serendipity played a hand in his choice.

I'm delighted the sponsors will be donating the beech hedges and some of the stonework to Cleve's current commission, Horatio's Garden for the Southern Spinal Injuries Trust in Salisbury. More on this garden to come. 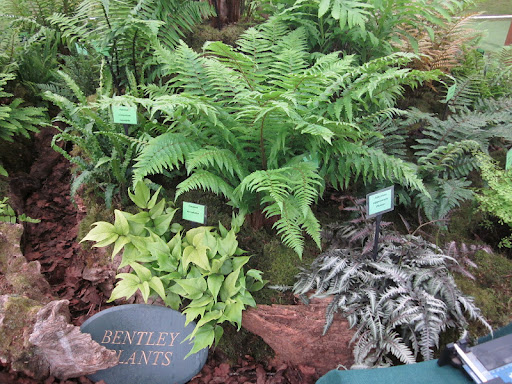 I found quite a lot of Wiltshire gold in the Great Pavilion. The best story is the pictured Bentley Ferns. The exhibitor, John Wilson, only had 2 weeks notice to put his exhibit together. Not only that, it's his debut at Chelsea at 72 years of age!

Gold was also awarded to the Federation of Bonsai Societies and the Botanic Nursery. I'm especially pleased that Terry was awarded gold as he's the owner of one of my favourite local nurseries. He and his family were too busy putting their exhibit together when I stopped by on Sunday, so I'll compensate for the lack of photo by telling you their annual foxglove week - they are the national collection holders - starts next Monday, 28th May.
RHS Showtime time out Wiltshire