Things I Wasn't Expecting To Do At Chelsea... 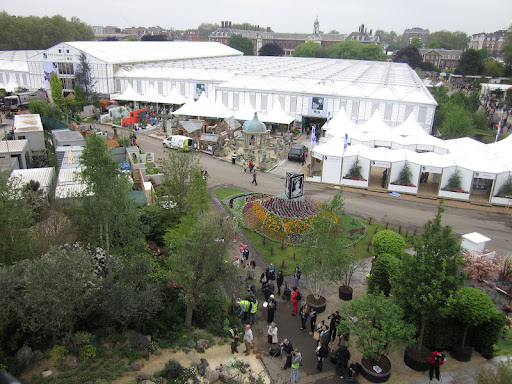 I got a view of the showground from on high (AND unlike lots of others I didn't queue - a benefit of getting there early to see Roy Lancaster on the Plant Heritage's fascinating Veitch exhibit beforehand)... 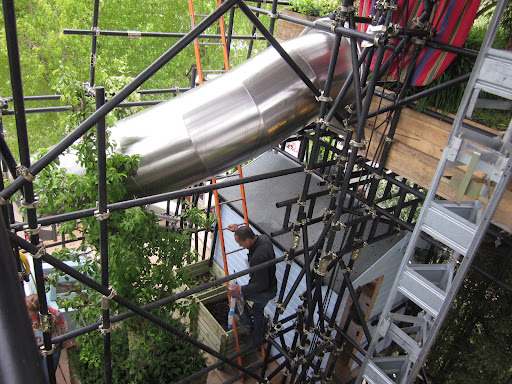 ... before whizzing down on a gert big slide. A bit of a scream on the way down (when I sped up), followed by lots of giggling at the end :D

If you can remember the scenes from Dr No when James Bond has to slide down lots of slippery pipes to escape from the cell where he's being kept prisoner, then I can tell you it was like that, but without the background danger. 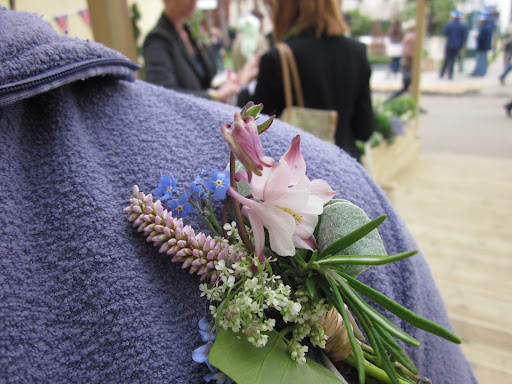 I had to tell lots of people where I'd got my lovely buttonhole from (thanks to Georgie and the power of Twitter!) because they were pretty envious - apologies for the naff photo, but it was a bit of a positioning guess when I took it. I also had to avoid all the candy floss I'd got on my fleece - another surprise find (the candy floss, not getting it all over me) at the show.

Come to think about it, I didn't expect to be wearing my fleece either (AND I was wearing a posh top in honour of the event), but it was blimmin' cold. It's good to see the forecast for the rest of the week is set fair. At last those reluctant to flower plants will be looking their best for the crowds. 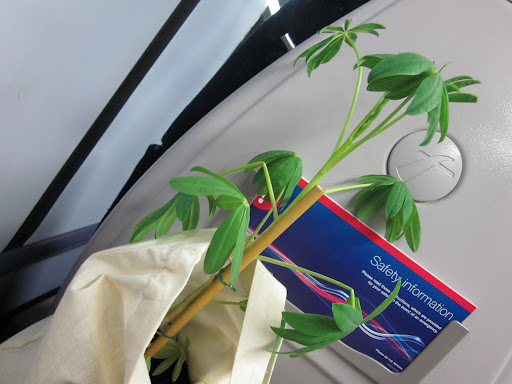 I certainly wasn't expecting to bring a plant home as they're not for sale at Chelsea Flower Show. However, World Vision's misfortune in not getting their lupins to flower in time meant I got given a very special plant - as well as some seed - to bring home. Emma Cooper's written a brilliant post on why this plant is so special, plus another about how Plantify grew the plants for the show.

Update: Victoria's blogged about Diarmuid Gavin's magical pyramid today, which also got picked up by The Independent, so that means I get a mention over there too :)
RHS Showtime time out