Orchids Flower on the Streets of London 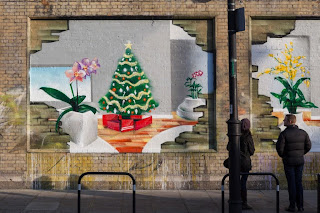 I love this! It's a shame I don't live in London because I'd be down there like a shot. If you've seen my photography blog Sign of the Times, you'll know already that I'm a huge fan of graffiti art :)

I don't think I've seen much of it featuring flowers, so perhaps it's not surprising this is part of an exhibition designed to raise awareness of orchids as well as bringing some seasonal cheer. If you head down to Great Eastern Street in Shoreditch on Friday (21st December 2012), they're giving away orchids too :)

The exhibition continues until December 23rd and there's also the chance to win a luxury trip to Amsterdam (where NAH and I honeymooned, so that's a big thumbs up from me) which includes a visit to a Dutch orchid grower. Sounds fab. 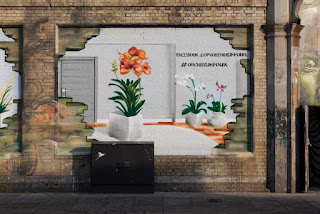 The artwork was created by the London based graffiti collective Graffiti Kings who were the official graffiti artists for the 2012 Olympics. The street orchid exhibition forms part of an on-going awareness campaign by Art of Life, who believe that the 25,000 species of orchid are all unique and pieces of art in their own right, with their diverse shapes, colours and patterns.

The exhibition wall is available to view on the Great Eastern Street side of Village Underground by Holywell Lane, Shoreditch, London EC2A 3PQ.

Interesting facts, inspiration and tips on caring for orchids can be found here. If like me, you can't get to the exhibition you can find out more about the competition to Amsterdam via the Facebook page or via @orchids_info or #orchidsinldn on Twitter. NB the competition closes on December 23rd.

Disclosure: The photos are used by kind permission from Weber Shandwick.
Competition time out