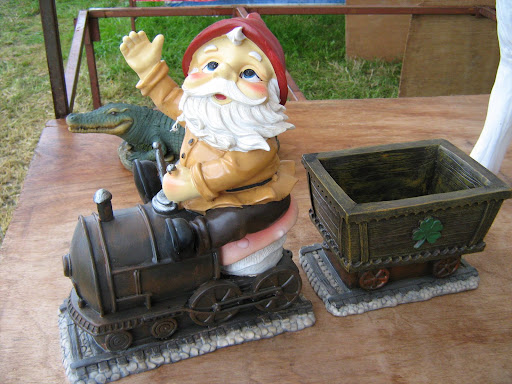 It's Chelsea Flower Show's centenary, so things are going to be done a little bit differently this year. I was at the press launch a few weeks ago and couldn't hide my glee that not only are gnomes going to be allowed in, they're a central component of the celebrations. 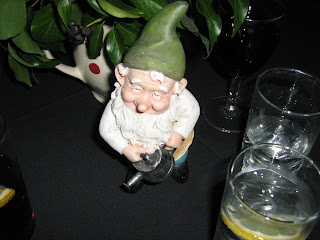 Previously Jekka McVicar has impishly smuggled Borage  onto her exhibit (see left - he was in party mode at the GMG Awards) and even taken him on tour round the site. This time he'll have plenty of play mates, each decorated by a celebrity* and auctioned off to raise pots of cash for the RHS's Campaign for School Gardening**. Jekka has already told me Borage will be very much on display this time, though I've yet to confirm with her the design of his jaunty new jacket as a result of this rash behaviour.

Whilst the RHS has relaxed some of its rules for this year, it seems the celebrations won't include balloons or flags as the ban on these items is still holding fast. I hope the exclusion won't extend to a spot of bubbly and some birthday cake ;)

** = good news - it was reported last week that horticulture is set to be included in the new national curriculum due for publication in August 2013.

Sneak preview extra! Here's what the gnomes will look like before they're decorated.
RHS Showtime