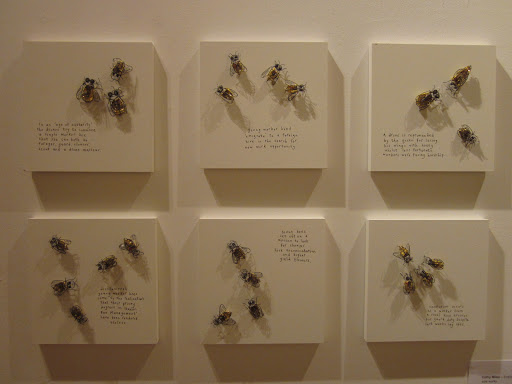 Previously on Veg Plotting, I told you about Everything in the Garden is Lovely. Everyone at choir fell in love with this set of wirework bee 'formations'. 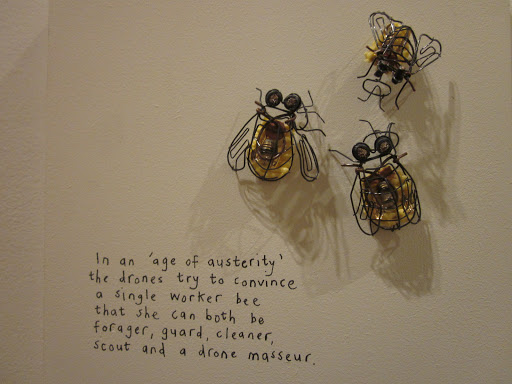 Like them, I initially thought they represented the bees' 'waggle dance' or other messages they communicate to each other. But I then looked closer (click on the pics to enlarge if needed) and found... 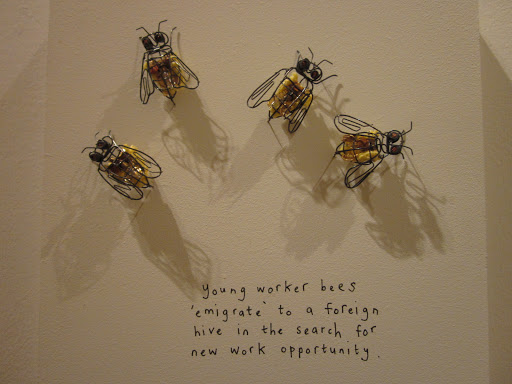 ... that even in art, there's an opportunity to be a tad subversive and get the viewer thinking just that little bit more :) 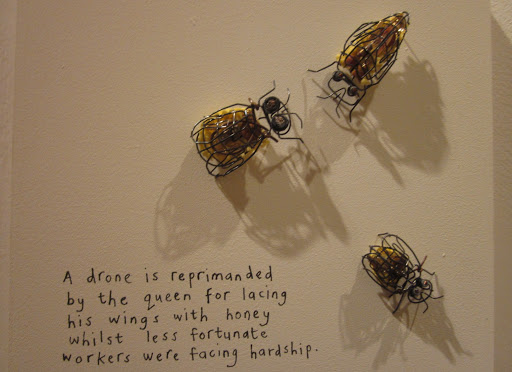 I've been trying to decide which one is my favourite... 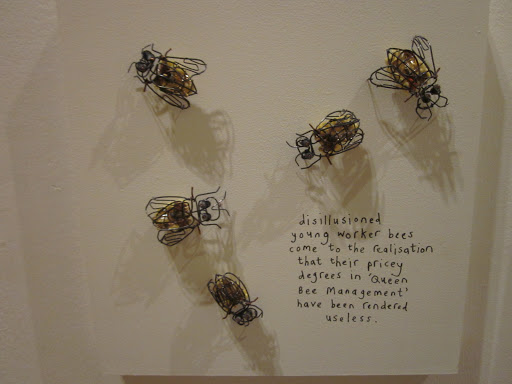 ... this one has resonance because I was in a similar situation when I left university in 1980 - though at least I was lucky enough to have a university grant during my studies - and I had to take a job I didn't really want (civil service) instead of one related to what I'd actually studied (Agricultural and Environmental Science). 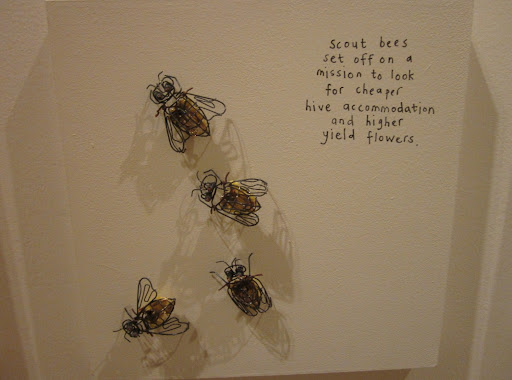 This is a slightly different post for Garden Bloggers' Muse Day, but I hope you don't mind not having a poem this month, especially as... 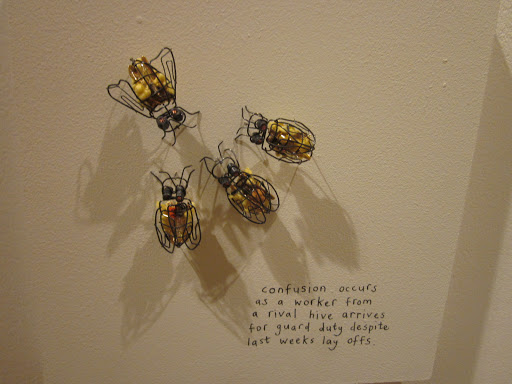 ... there was good news yesterday re two of our major DIY store chains pledging to withdraw products harmful to bees.

Update: How remiss of me - I haven't credited the artist :( It's Cathy Miles - the exhibition also has her dragonflies, plus wirework watering cans and garden tools, which are all rather fun. However, it's the juxtaposition of these wirework bees and the text which have stayed with me the most since visiting the exhibition.
choir Garden Bloggers' Muse Day Greener Living Showtime Wildlife