I've often seen the more common blue Camassias in lots of gardens I've visited in late spring, and very fine they are too...but plumped instead for its white cousin with variegated leaves for the top terrace bed here at VP Gardens. It's fully repaid my decision despite the slow increase in blooms as the leaves lengthen the season of interest and the rocket-like flowers really light up this part of the garden towards dusk.

The garden's flowering much later this year, owing to one of the coolest and wettest Mays on record. It's resulted in a two-week delay for most flowers which in turn has timed these blooms delightfully to show off in June's Blooms Day. They also deserve a closer look! 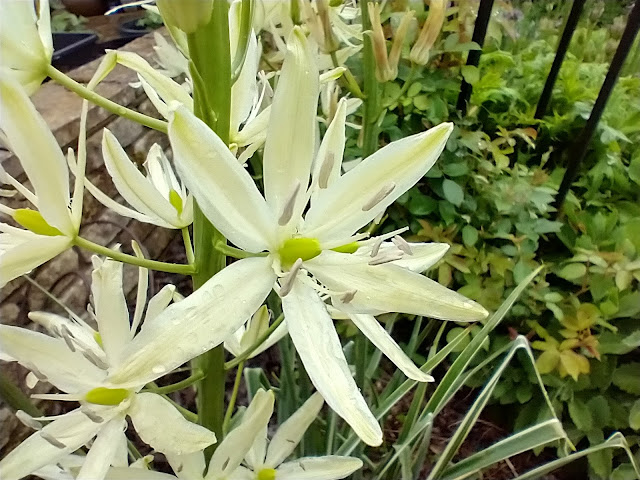