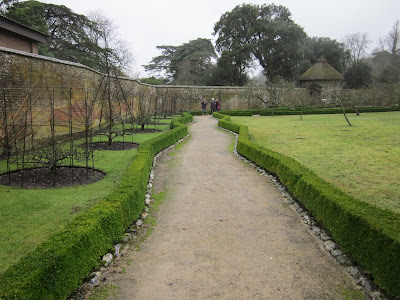 I'm fast forming the opinion February is one of the best months for garden visiting. There's less crowds, the reward in the tea shop afterwards is far more comforting and there's a delicious sense of being let outdoors when it really isn't allowed.

Earlier this month I had a gallop round West Dean Gardens following my day's course there and despite the rain, what I saw was enough for me to be smitten instantly. Who can't help but fall in love with a garden boasting features such as a crinkle-crankle wall with matching hedge, plus a dear little hobbit-like building built into it? 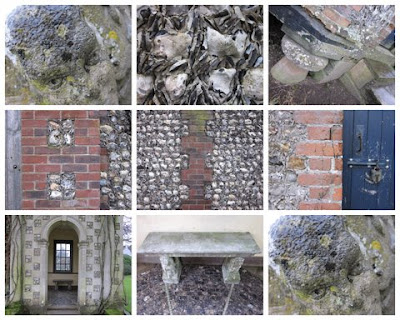 When the borders lack flowery fireworks the attention is drawn to the garden's 'bones' instead. West Dean has particularly fine ones and as you can see I was rather taken with the brick and flint contrasts I found there as they add texture as well as visual interest. 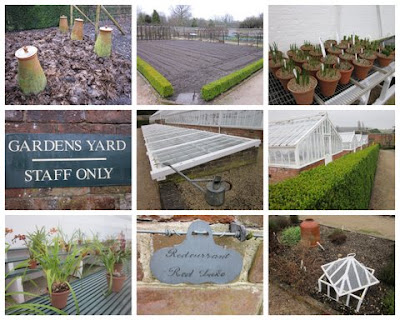 West Dean is noted for its walled kitchen garden and I now have severe glasshouse and cold frame envy. Old tools such as watering cans and lantern cloches were posed around the garden to good effect. Even bare earth can be made to look attractive in my view. It was good to see proper rhubarb forcers in action and I now realise I'm far too mean with the amount of manure I use around mine. A good layer a few inches thick is what's needed! 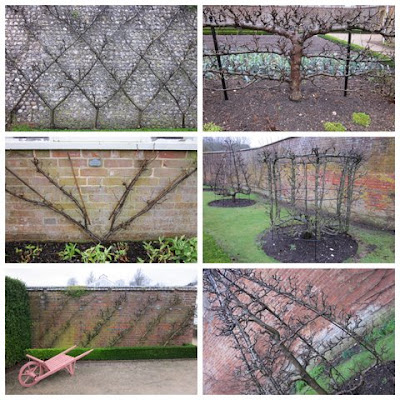 February is the best time to see just how fruit should be pruned and the multitude of different ways in which it can be trained. There's a masterclass of techniques on view here and over at Sign of the Times, I've already displayed the perfect arch. Whilst I was there I met a number of the garden's volunteers plus the garden manager and his wife. They are all truly proud of the place they have under their care. 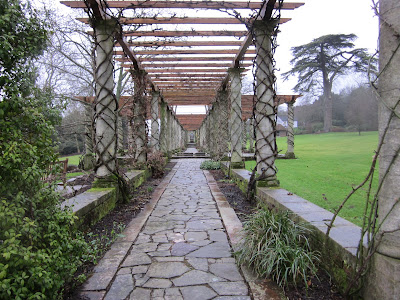 This pergola was designed by Harold Peto in the 1890s and is a promise of things to come out in the main part of the garden. I'm already planning to return for a his and hers weekend: The Weald and Downland Museum next door for NAH and a much more leisurely stroll around here for me :)
Garden Visit time out