Who Are Our Influential Gardeners? 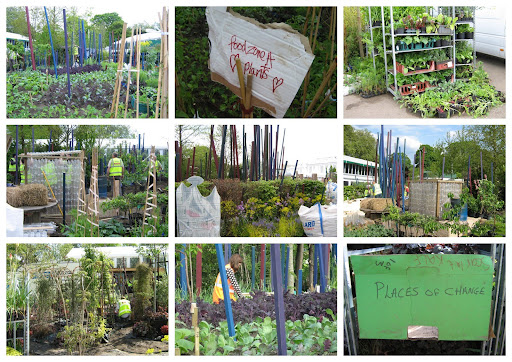 A few days ago The Daily Telegraph invited us to meet 30 of Britain's most influential gardeners as compiled by Tim Richardson. It's an extensive list, covering lots of different aspects of gardening and horticulture: designers, TV personalities, nurserymen, heads of relevant charities, magazine editors and more.

There's also a fair few names who'll be completely unfamiliar to most people: Martin Philips and Terry Duddy who sit jointly at number 4 for instance. They're cited as the Chief Executives of B&Q and Homebase BTW.

Now I have no idea how well these two garden or how stately their acres may be, so this list got me thinking somewhat. So much so, I was awake until 2am mentally compiling a list of all the people I thought were missing. That's the problem with this kind of thing: there's always room for it to expand much further.

Part of my problem is the list is called influential gardeners. I believe a list of the most influential people on gardening would be more accurate, but I admit that doesn't have quite the same catchy ring about it as the one used by the newspaper.

So my question for you today is this: have a look at the list and tell me who you think is missing. It looks like Tim has restricted himself to those who are living, so for the purposes of the first part of this exercise please concern yourself with those who are still amongst us. I believe there's just one non-UK name on the list, so it'd be great to hear of others we should know more about.

As a starter for 10, my 2am list included (in no particular order):
And how about starting an additional list of those people (living or dead) who've influenced you as a gardener. They can be as humble or distinguished as you like, it'll also be interesting to see why you've included them too. I wonder how many of them appeared as Dinner Party guests a couple of years ago?

The choice is yours :)

Update 12/1/2012: Tim has responded to this post and his online commenters in The Telegraph today. I would like thank him for his concern about keeping me awake - this was merely serving to illustrate how thought provoking his piece was, as he had fully intended (thought provocation not sleeplessness!).

I see a number of points he makes are those I've made here. Any list like this will always have more room for names and by including only the names of the living meant it could be kept within bounds.

As Veg Plotting is read in a number of countries, I thought it would be interesting to see who the influencers were elsewhere, especially as lots of the names in Tim's list would be unfamiliar to quite a few of my readers.

This post was serving not to criticise, but to extend the conversation because it's an interesting question. I think the response in the comments shows it was a good thing to do and my thanks goes to everyone who contributed.
Bits n Bobs