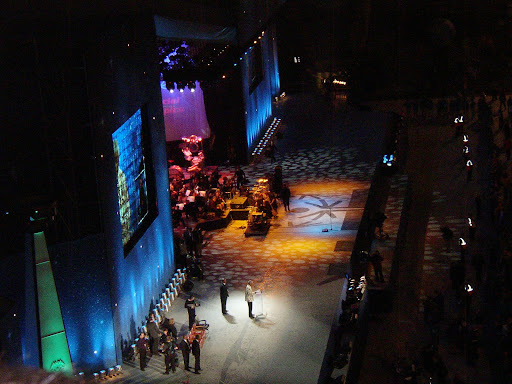 Last night amidst all the Christmas carols and mince pies, our choir sang Senzeni Na? to honour Nelson Mandela. We've performed this before as South African songs are a rich seam which we exploit with great passion and enjoyment.

The title's translation is What Have We Done? It's traditionally sung at funerals and is a protest song, so it's a fitting tribute.

The picture is from the opening ceremony at the Special Olympics in Dublin in 2003 which were opened by Nelson Mandela. He's a tiny dot because I was perched right at the top of the stadium. It was emotional to be in the presence of such a great man. You can read my account of that time here.
Bits n Bobs choir Goals time out