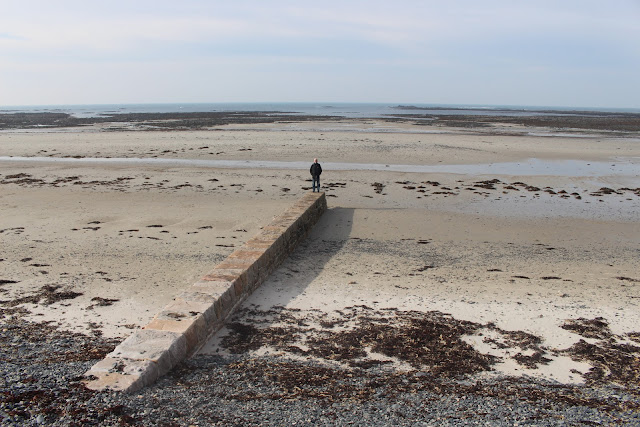 The last day of our holiday saw us walking along St Ouen's Bay close to the site where Monday's Jersey Royals box is located. The tide was out, so there was plenty of beach to explore. I've added NAH to the scene to give a sense of scale. 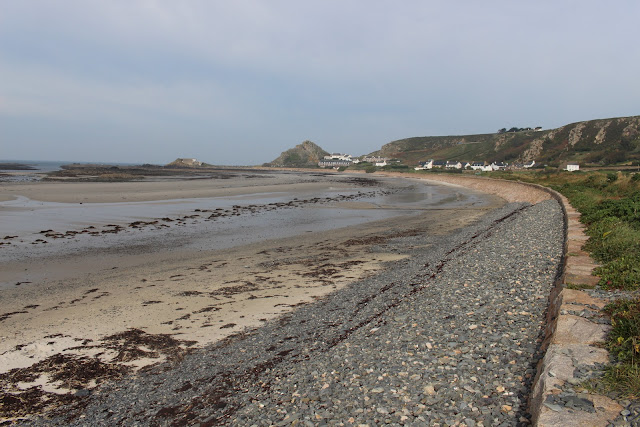 This view looks back towards the spot atop the cliffs where I took the picture postcard of the bay  shown previously. I was keen to have a closer look at the vegetation to the right of the photo, which stood next to the farmer's fields. 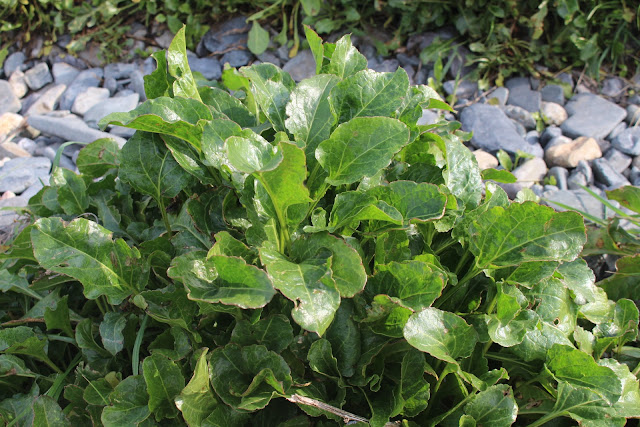 As I suspected, it's sea beet, an edible relative of chard and beetroot that's suitable for foraging. It was a new find for me and I saw plenty growing around the island during our stay. I wonder if it's ever harvested for the vegetable boxes? Young leaves can be used in salads, and it serves as a good substitute for spinach in any recipe. 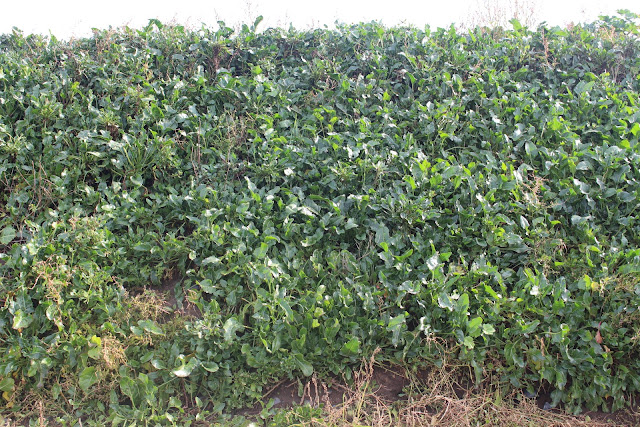 As you can see, it likes growing along the sea wall and in the shingle of St Ouen's Bay. 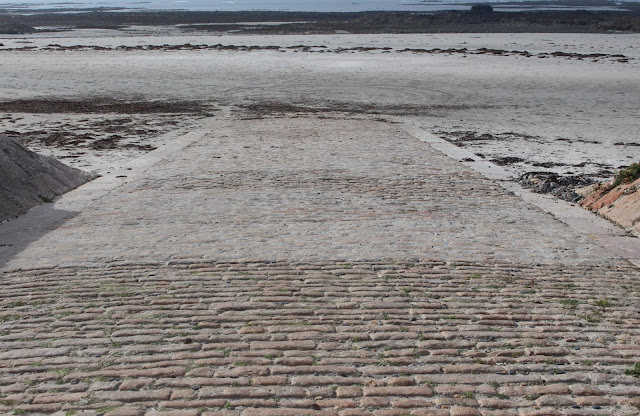 However, when I reached the slipway at the end of our walk... 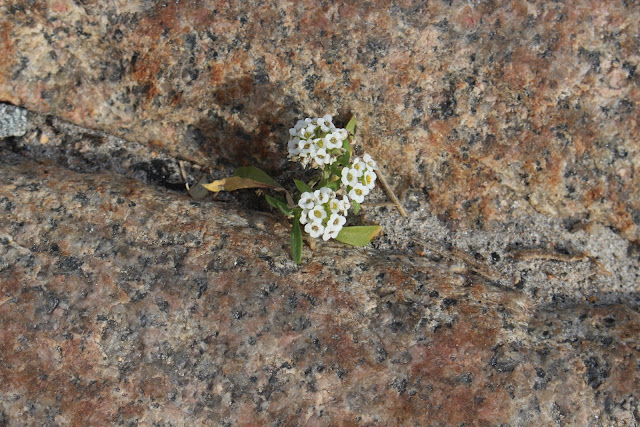 ... I found a garden interloper had gained a foothold between the cobbled stones and... 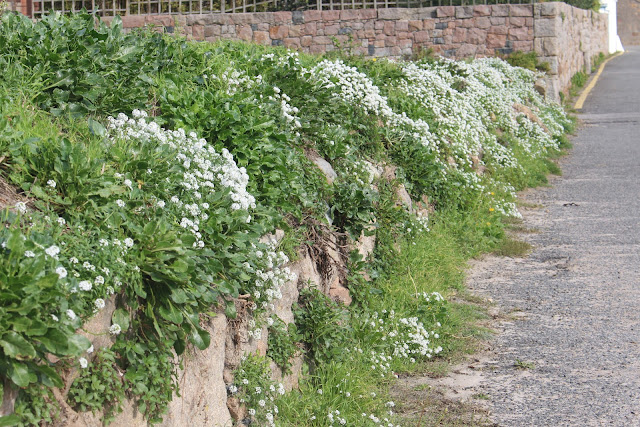 ... a few yards away it was jostling with the sea beet for the best positions on the bank.

This is alyssum aka Lobularia maritima (syn. Alyssum maritimum). It's a popular annual bedding plant and a well-known garden escapee. The Wild Flower Finder website describes it as a 'mainly coastal naturalised garden plant growing to 30cm on walls and dry sandy shores especially at the foot of walls'.

My find was definitely growing true to type. 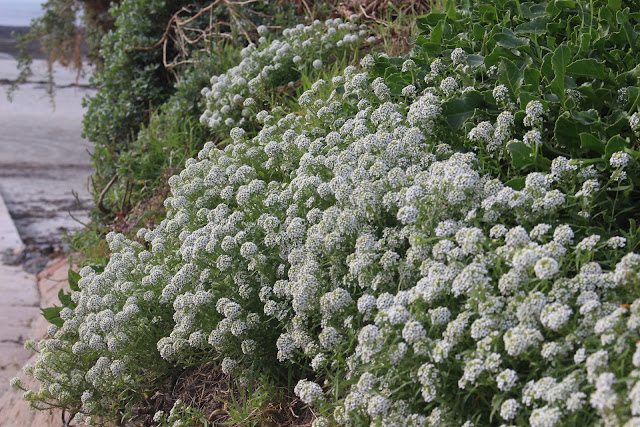 Sniff the air and there's a distinct scent of warm honey. No wonder its common names include sweet alyssum, sweet Alice and sweet Alison.

Whilst alyssum is well-known as a garden escapee (and I saw many large drifts of it on Jersey), it has yet to be listed on Plantlife's Plants of Concern for the UK.

Update: Janet's comment reminded me of an interesting talk Ken Thompson gave at the RHS on invasive plant species. He draws quite different conclusions (backed with evidence) to the usual information. It's well-worth 35 minutes of your time.
Against the Odds Botany Garden Walks NAH plants time out Weeds