A little while ago Beryl 'fessed up about the sorry state of a corner of her allotment and challenged others to do the same. I told her I would soon reveal the horror that is my garden shed instead. As you can see, now's the time to do so.


How did my beloved shed get into this sorry state of affairs? Well, it's been too easy just to dump and store stuff in there when we've had any major clearing up to do. After a while it got so bad, I felt too overwhelmed to go down there and sort it out.

This spring I found the constant bending over pots for seed sowing and potting up wasn't a comfortable way of doing things any more. At this point the potting bench in the corner of my shed started to send out subliminal messages reminding me I have the solution ready and waiting.

Time to get cracking with that clearout now the weather's decent enough to do so...


As well as providing a major appartment block for spiders, I was amazed at how much I'd managed to cram inside the TARDIS-like interior of my shed AND forget it was there...

A quick day's work and now I know where everything is and my potting bench can be used again. It's just as well as I potted up 180 box cuttings earlier this week. It was lovely not to have an aching back after dealing with that little lot.

Now to decide just how many 'useful pots and trays' I need to keep for later, then recycle the rest at my local garden centre.

Do you have a horror corner somewhere in your garden or allotment? Beryl and I are eager to hear your confessions... 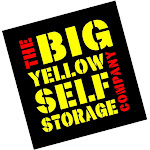 Disclosure: This post is sponsored by The Big Yellow Self Storage Company.

Note that sponsorship goes towards my blogging costs; the words and pictures are mine. There are no cookies or affiliate links associated with this post.
Garden Tools