I've always been struck by the bold use of pots at the gardens visited on previous Garden Bloggers' Flings and this year was another visual feast. The planting combinations are varied and exceptional, often using plants - such as coleus - I've dismissed previously as not my 'thing'.

Unlike some Fling bloggers*, I have only a few photos to show what I've liked and learned from this year's trip. Instead, I've realised sights like the one above have influenced the simple summer pots I've put together since I got back. 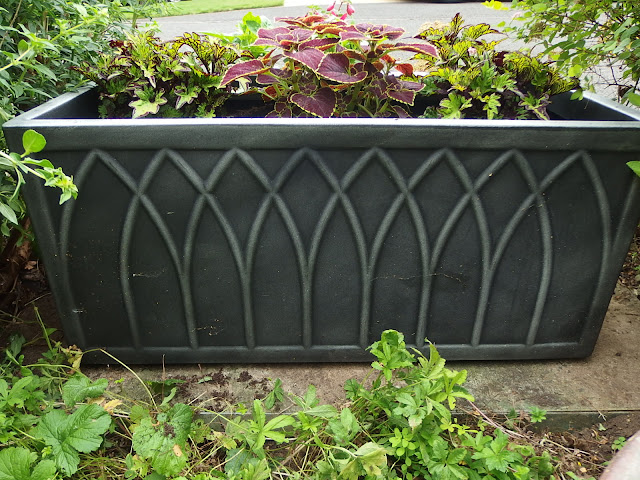 I've started on a makeover of my front garden and one of the tiny baby steps along that path is to replace the multitude of small pots on the ugly telephone junction box at the very front. I don't usually go for plastic with my pots, but I found this one more attractive to usual. Besides, I need to keep things relatively light in case the telephone engineers need access.

I've planted 3 coleus plectranthus which will fill out and engulf the pot in a few weeks time. I thought about using just one colourway, but I liked the contrast of the middle plant when I put it with the others at the garden centre. I hope these will flower like those I saw in the States, as the spikes also look attractive. 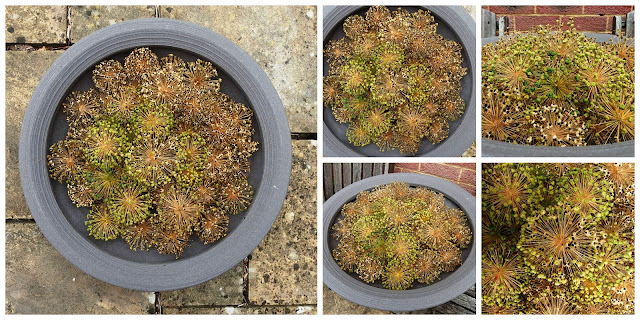 This arrangement came together by accident when I was tidying up the garden at the weekend. I was cutting back some of my spent alliums ready for shredding and needed to put the flower heads into something as I worked so they didn't seed themselves everywhere. The pictured pot was to hand, and I liked the look of the few heads in there so much, I decided to put in the whole lot to make a temporary display. There are around 100 of them in there.

I love the way the individual stalks of the flower heads tremble in the breeze a bit like some deely boppers do, which adds another dimension to this pot. What do you think? 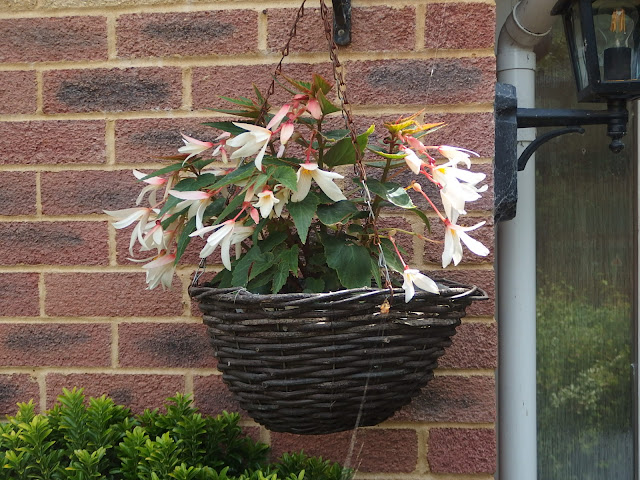 My final example is the hanging basket by the front door. I usually stuff this with scented petunias like the striking 'Night Sky' I trialled last year. Sadly, my seedlings got some kind of rot and then I couldn't resist the pictured trailing begonia instead when I went to buy their replacements (full name = Begonia boliviensis 'Bossa Nova White').

This is another planter which has still to reach its full potential. Watch this space for a progress report... 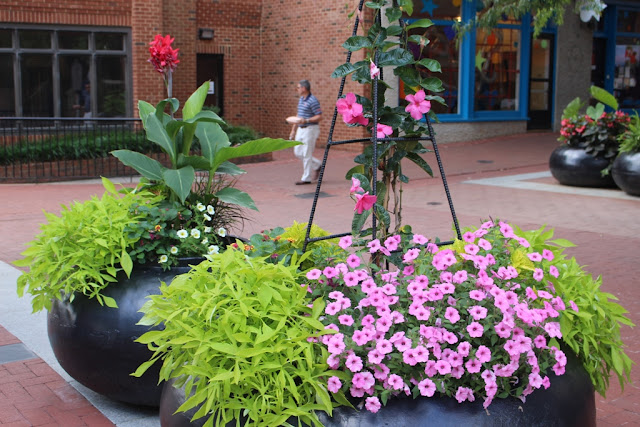 I'm sure huge pots with lots of bold plants - even an obelisk or two - like these I found in downtown Charlottesville - will feature in my garden's future in some way. Until then, I'm enjoying the simple summer pots I've put together for this year.

Disclosure: I was given the two planters featured in this post by Stewart. They're not being used in the way I'd originally envisaged, but I'm glad they're doing the job I eventually gave them.
Design Front Garden Garden Garden Bloggers Fling