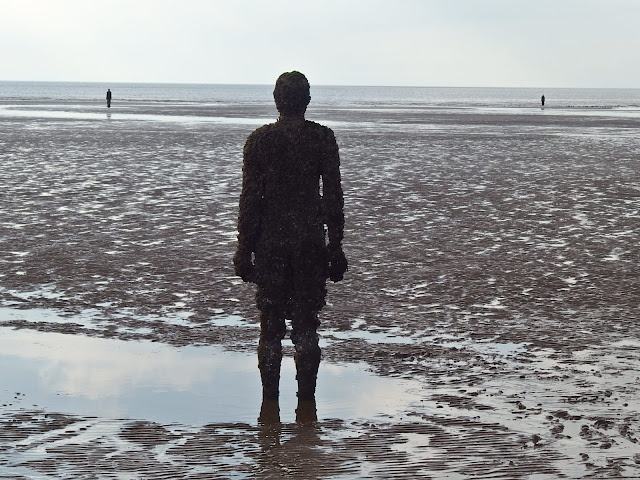 I've wanted to see Antony Gormley's 'Another Place' at Crosby for some time and it was one of the reasons why we chose to go to Lancashire for our holiday. The first thing that struck me when we arrived was the statues are much further apart than I'd thought. That doesn't matter; this installation is far better 'in the flesh' than any photos can possibly convey. 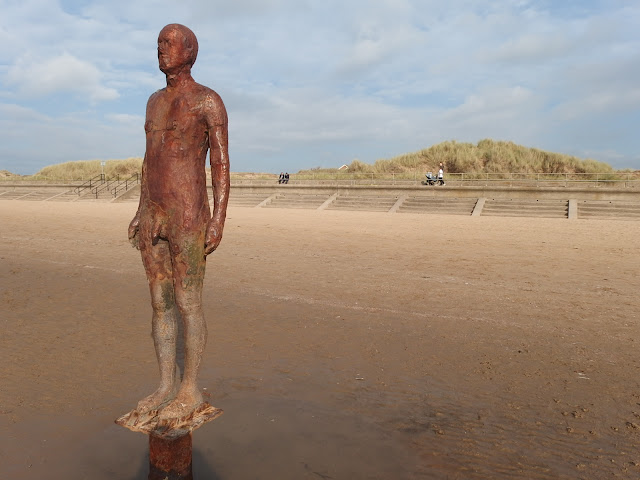 The first statue we 'met' after our walk from the station was one which is not usually submerged by the tide. There are 100 of them spread over an area 3 kilometres wide and 1 kilometre deep; plenty of opportunity for a good wander, weekend or otherwise.

Each statue is a cast of Antony Gormley's body - like many of his works his own form influences the result. In this case it's 650 kilos of iron per statue, known locally as the 'iron men'. 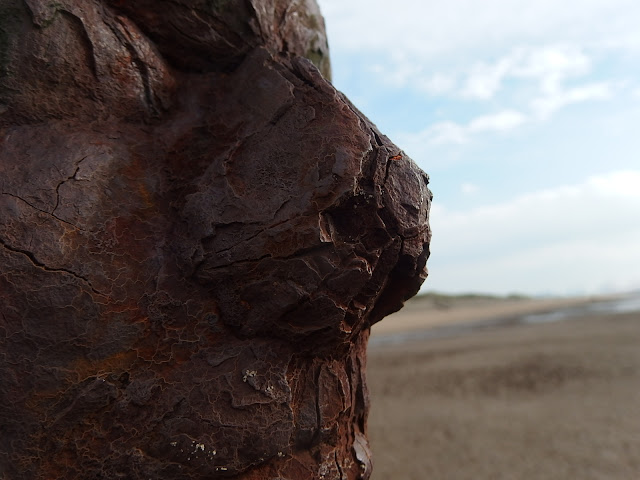 I loved exploring the form with my camera to see how the elements have affected each statue... 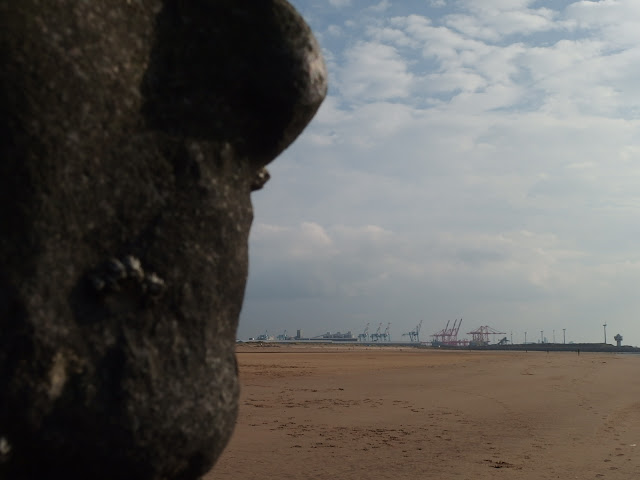 ... and their relationship with the surrounding landscape, the cranes of Liverpool Docks in this instance... 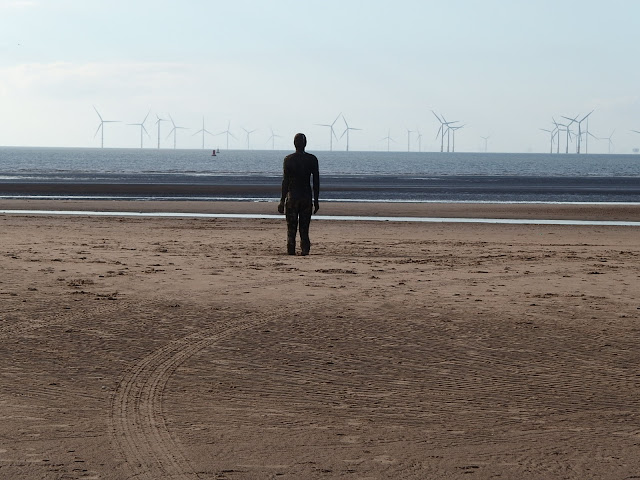 ... or looking towards the Burbo Bank Offshore Wind Farm. 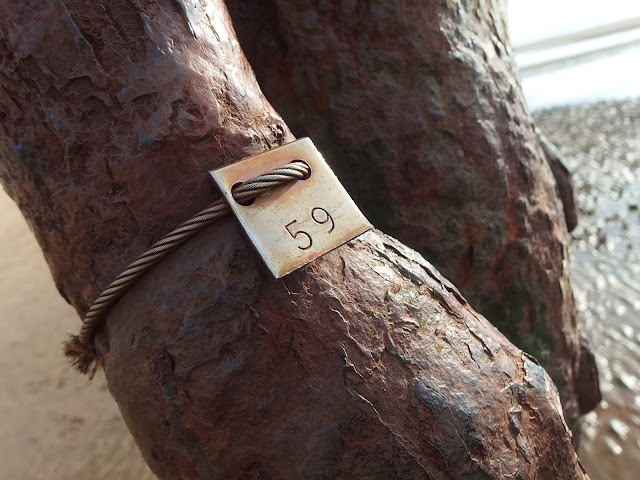 Each statue is numbered... 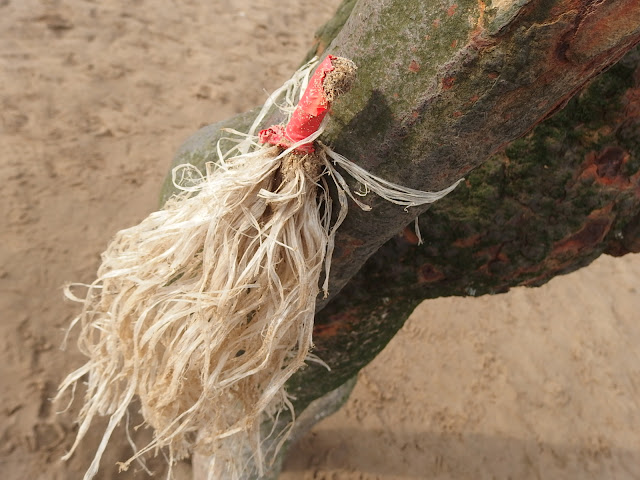 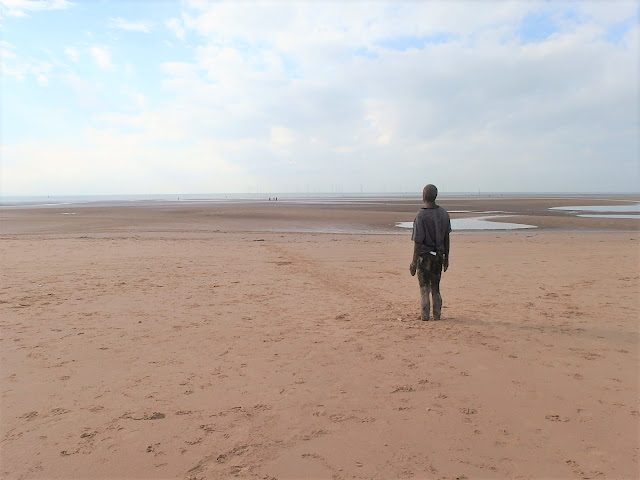 ... including clothes in some instances. Apparently locals like to dress the statues from time to time. Some were painted a while ago, which didn't go down that well. 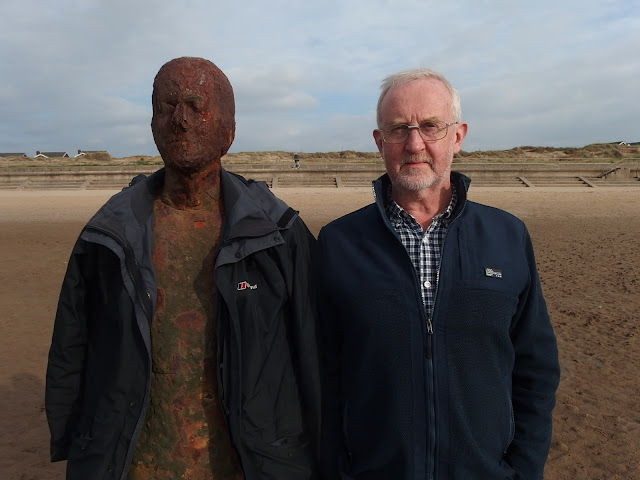 NAH got in on the 'dress a statue' action by lending one his coat for a while... 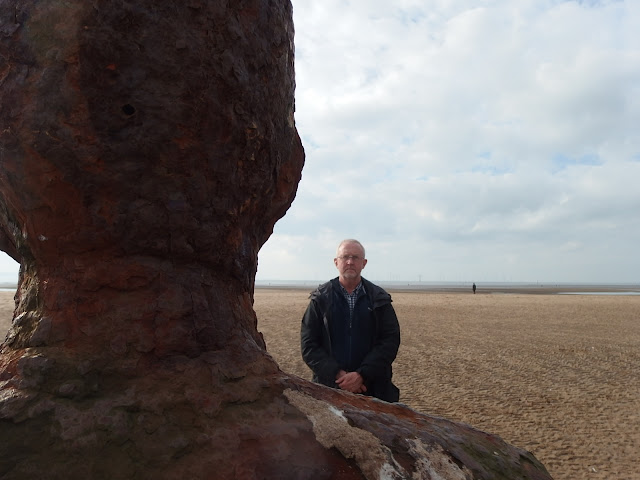 ... and also became rather contemplative once he'd put his coat back on. The statue continued to look out to sea 'in silent expectation'. 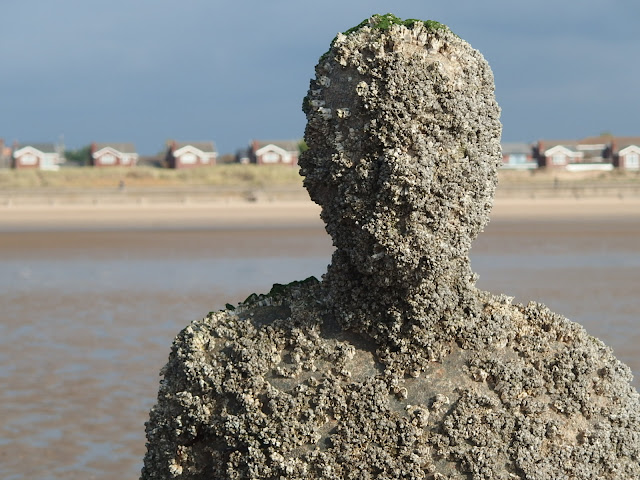 We also explored a little further out to where the statues get covered by the tide. We called this one 'Barnacle Bill' and then realised we may have ventured out a little too far. There's mud and sinking sands to encounter... we found the warning signs later. 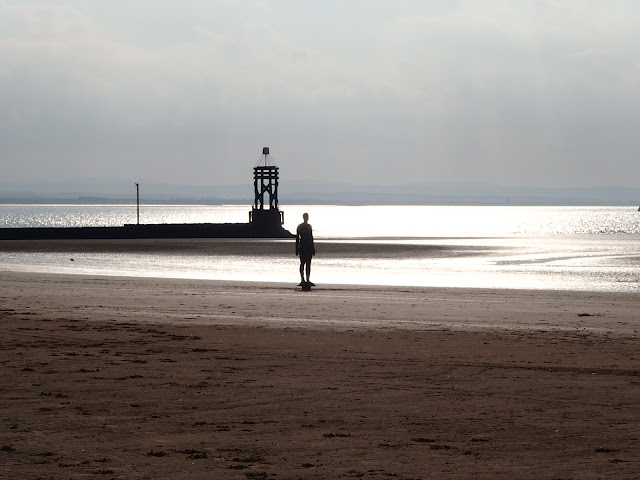 The changing light adds another element. I loved how this and the time of day, the different weathering, how people interact with the men, and the changing tide affects the installation. I can't think of another piece of art that changes so much over time as this one does and that's what I like most about it. It makes it an infinite number of pieces of art which is a little mind blowing.

'Another Place' is a must-see and I can't wait to go back again. 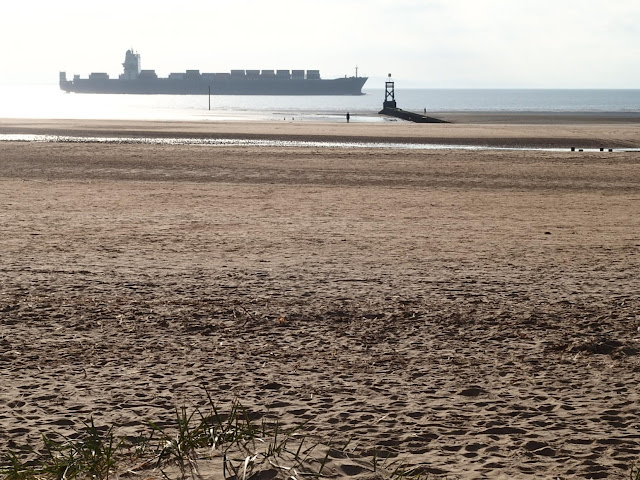