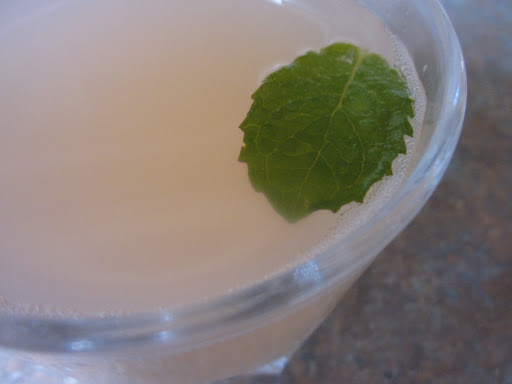 I first tasted this delicious cordial at Sarah Raven's Grow Cook Eat day in aid of Horatio's Garden in March. Sarah has kindly given me permission to reproduce the recipe here on Veg Plotting. I'll be adding my own notes from the day and from making my own, though you can also view the original recipe on Sarah's website.

As you can see the result is a pearlescent cordial with just a hint of pink from the original rhubarb. The taste is subtle, yet you can easily discern the recipe's main ingredients. I've used about half the sugar given in the recipe and for me that hasn't spoiled the flavour when diluted. I'm also going to experiment with using the sweet cicely from my herb planter to reduce the sugar content still further.

It's also a timely recipe if you're getting a bit fed up of rhubarb by now, yet your patch is still producing copious quantities. I've made a batch of rhubarb and ginger jam as usual and this is another suitable glutbuster idea :) 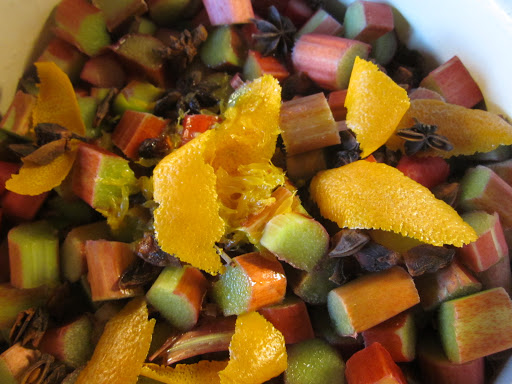 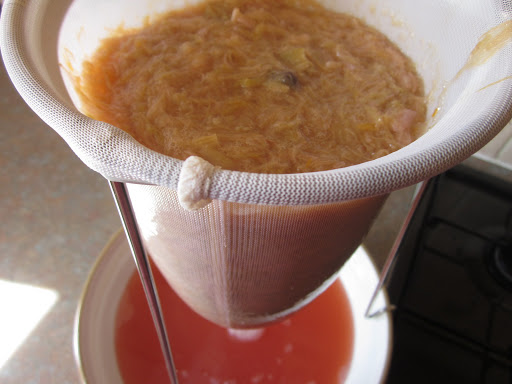 For lots more seasonal recipes - not just for rhubarb - have a look at my Easy Recipe Finder. Oh, and the recipes are pretty easy too :)
Allotment Food n Drink Fruit n Veg recipe