Against the Odds: Aquilegia 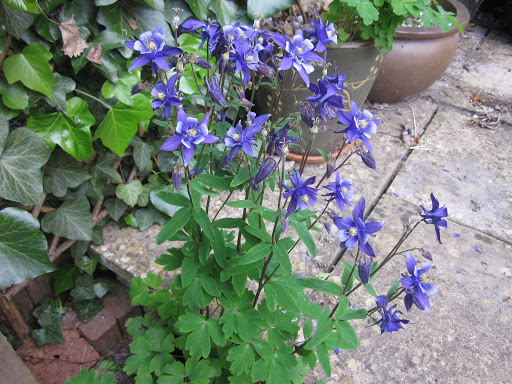 Aquilegias are notorious for sowing themselves about with gay abandon, so you might be surprised at my including them in my Against the Odds series. However, this one is growing in one of our sets of steps. It's in the tiniest of cracks and I didn't have the heart to pull it out when it started growing there last year. I haven't the foggiest on how it's found enough soil for anchorage and nutrients for growth.

The aquilegias I did plant in the garden nearby are 'McKana Hybrid's, a purple form, plus a yellow tipped with red. So this one is demonstrating the usual not coming true from seed and its flowers are a fair bit smaller than its parent(s). I rather like this blue with white-tipped flower - it's much nicer than the usual muddy purple or pinks found with the next generation of flowers.

I hadn't noticed until now that aquilegias have 2 types of leaves. Walking past an isolated plant every day makes this gardener for one pay much more attention to form as well as flower. 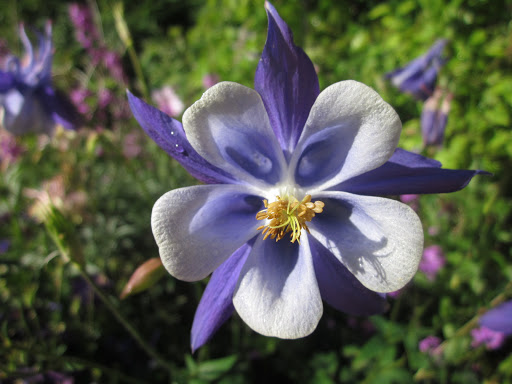 Against the Odds Garden plants