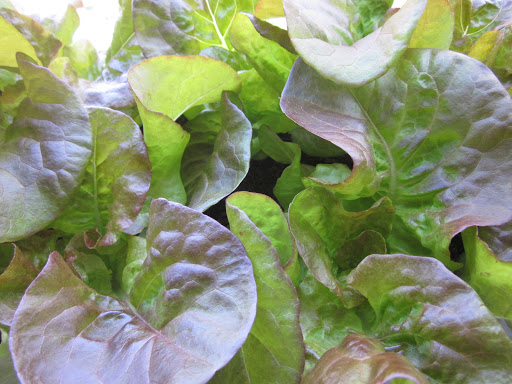 As you can see the windowsill grown lettuces have come on in leaps and bounds over the past month and I've been harvesting them over the past couple of weeks. It's just as well I've been growing these, as the lettuces outside - whilst under various cloches and cold frames - are still shivering away and haven't put on much growth.

The one exception to that is 'Black Seeded Simpson'. Bren said it's a hardy variety and she's right! I'll be starting to harvest those leaves sometime next week, after I've finished with the pictured batch of 'Amaze' for the time being. 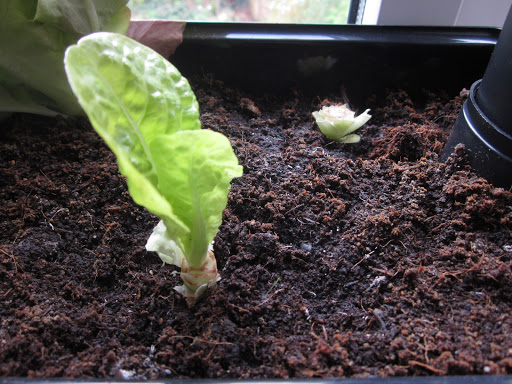 Just before I started harvesting, I realised I have the ideal conditions for a little experimenting. There are at least 3 different methods of harvesting: whole plant, cut and come again and picking. It wasn't until last year  that I realised cut and come again and picking are different harvesting methods. The above picture shows you the difference: the picked lettuce in the foreground is left with a central core of intact leaves, whilst the cut one to the rear is cut completely across and left to regenerate.

Both methods are deemed to be superior to the whole plant harvesting method because the yield and/or harvesting period can be extended substantially. Cut salads will regenerate leaves about three times and last year I was able to pick 'red salad bowl' leaves from July until the first frosts in November. It was perfect for growing salads in small spaces. However, I've yet to find any references as to which method does indeed have the highest or longest yield, so I'm off experimenting again - using my windowsill grown lettuces this time :) 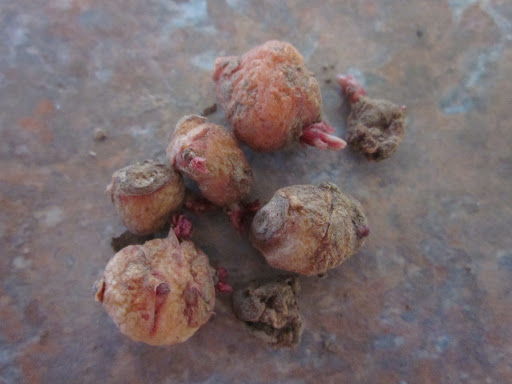 I also have some oca to experiment with. The tubers are teeny tiny and Thompson & Morgan have seen fit to issue a notice admitting they're small (owing to huge demand this year), but they should still grow OK. Owing to the cool weather I've chitted them first, which showed one of the tubers isn't viable. The rest are now planted into modules with some coir and are awaiting the warmer weather (at the end of the month - in theory) and planting out time. Oca can be used in salads, so I've added it to my Challenge for this year. NB if you're growing oca (or achocha), you might like to help Emma Cooper out with her M.Sc dissertation project by filling out a short questionnaire. 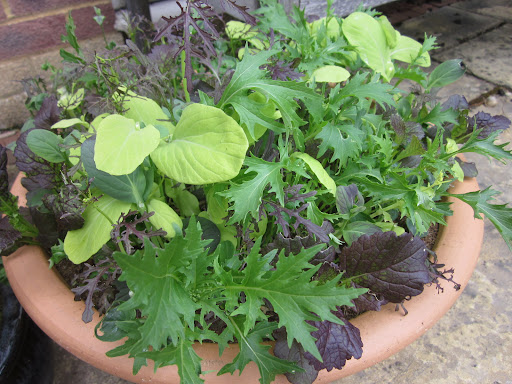 
How's your salad this month? Add the link to the URL of your salad post in Mr Linky below, or leave a comment... Note to readers: sponsorship goes towards my blogging costs and does not affect my independence.
52 Week Salad Challenge Incredible Edibles Testing