In the Footsteps of Plant Hunters: Evolution Plants 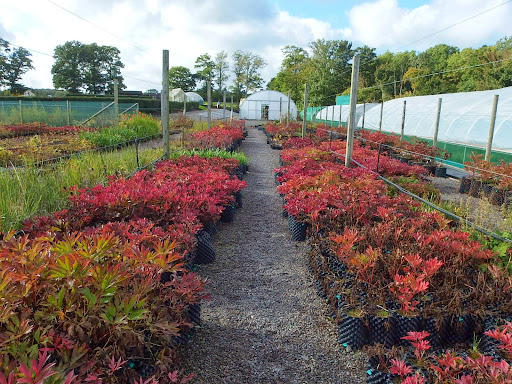 Yesterday was extraordinary. A new plant nursery was launched right here in Wiltshire and after a tough couple of years for the garden industry, it's great to have some unexpectedly good news to tell you. On a personal note, I'm pleased to have another quality specialist nursery so close to home. 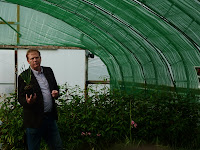 Evolution Plants is owned by Tom Mitchell. He's a plant biologist by training, who like me languished in the world of banking until he woke up and saw sense. Well, he did admit his 'waking up' was whilst suffering from clinical depression, and all the people he consulted along the way to help make his business work said 'DON'T'.

But when a passion takes hold and no matter what the head may tell you, sometimes you have to follow your heart.

So, Tom became a plant hunter and travelled the world for 5 years collecting seeds from 3,000 plant species, some of which - including at least one new Genus - have yet to be named. Those precious seeds are now being grown on, ready for customers to place their first orders. 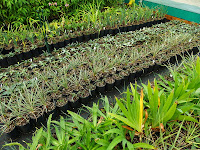 Tom's aim is to discover and introduce the widest possible range of plants, so if you want to grow something unusual, then Evolution Plants is for you. Tom's interest is more in the species line rather than hybrids, though he admitted he will be conducting some hybridisation work with the Hellebores he's so passionate about.

The nursery is open by appointment, with the bulk of business conducted over the internet. The aim is to embrace new media and the website is a treasure trove, not just for the plants on offer. Tom writes extensively about the plants and his travels (he wants to evangelise and inspire, and there's also evidence of a dry sense of humour at play), so it's a place to ponder and learn as well as to buy.

There are currently 500 species on the website, with a high proportion of them unique to Evolution Plants. Plans are in place to increase this number substantially, with part of the nursery dedicated to growing the 'pipeline' plants earmarked for introduction over the next year or two.

There's also a fine supporting blog called A Tangled Bank, which is a rather neat quotation from Charles Darwin connecting the new nursery with Tom's former professional life. Here tales of the nursery rub shoulders with musings about taxonomy and traveller's tales about the plants he's found.

So on a blustery, unpromising day in October, a new evolution in plants was launched. I hope the sunshine we saw after the rain bodes well for this bold new venture.

Against the Odds Events plants Wiltshire