A couple of Monday's ago, I had the hottest ticket in the county when Gardeners' Question Time came to record at the Wiltshire Music Centre in Bradford on Avon. A quick exchange of tweets a couple of months ago meant I was there in the super company of Cally and Sara (of #britishflowers fame), thanks to Cally securing the tickets for us.

We met up beforehand at a local farm shop for coffee and cake to keep us going - doors opened at 5.30pm and recording finished just after 8.30. We puzzled over our individual questions, before gaining all round approval of their worthiness then agreeing that all of them were far too long and we stood no chance of posing them to the panel. Thus we took our seats at the top of the auditorium safe in the knowledge we could sit back, relax and enjoy the show.

How wrong we were.

Eric Robson called out my name, followed swiftly by Sara's, so we had to make our way down to the front row to sit ready to pose our questions. For me this came with the added benefit of a peck on both cheeks from Matthew Wilson! *blushes in front of around 300 people*

The panel don't know the questions beforehand, which means there's a frantic scribbling of notes whilst they're asked. I was really pleased to see this was the case as I had quite an argument with F up at the allotment a few months ago, who swore blind the panel had plenty of time to think of their answers. 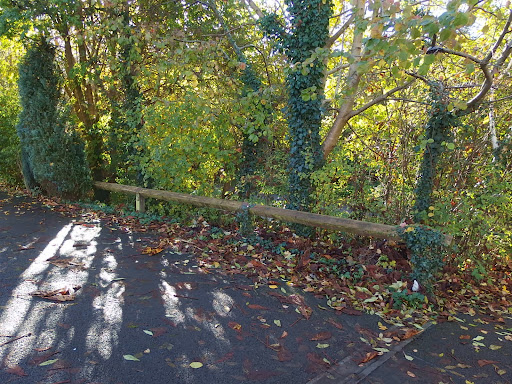 Today my question will be broadcast to the nation, so I thought I'd give you a sneak preview of the subject. I'm hoping most of the answers remain in the final edit as I had no means of noting all of the advice given at the time.

Broadcast times are today (Friday 29th November) at 3pm pm on Radio 4, with a shorter repeat on Sunday afternoon at 2pm. I'll put a link into the iPlayer version when it goes up (and here it is - my question is about 7 minutes in).

My account of what happened after I asked a question when the show came to Chippenham a few years ago.
Front Garden Question Time Wiltshire