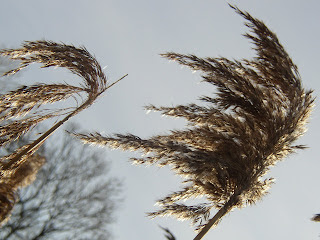 It's probably one of the most important 'World' days of note, but I expect it'll go almost unnoticed by the general media.

Wetlands (as defined here) are one of the most wide ranging and diverse habitat types to be found. They cover just 3% of the earth's surface, yet 75% of the world's population live in former wetlands and their surrounding areas. As a result, it's one of our most threatened habitats. It's the only one to be covered by an international treaty, the RAMSAR convention - aka the International Convention on Protection of Wetlands. It's named after the place in Iran where the treaty was originally signed in 1971 and now over 100 countries have signed up to it, including the UK.

During this week, various countries have announced their latest RAMSAR protected sites, educational initiatives and celebratory events. Tomorrow, the Wildfowl and Wetlands Trust (WWT) in the UK has free admission for under 16s to their sites. I've been lucky enough to be involved in researching a RAMSAR protected site in Mallorca and will be telling you much more about this in a later post. Much of the research area is a reedbed, and as such is dominated by large stands of the Common reed, Phragmites australis, as shown in the above picture. This was taken just a few hundred yards from where I live, and I was particularly pleased to see it there when we moved here 9 years ago. It's being used to filter and clean the runoff from the nearby Chippenham bypass, a key feature and usage of this type of habitat.

If you'd like to see a wetland for yourself, then the sites owned by the WWT are a good starting point. Slimbridge is the one closest to Chippenham, but I'd love to go to the London Wetland Centre sometime - perhaps with Wiltshire Wildlife Trust later this year.
Chippenham Events Wildlife