Just How Long is a Week These Days? 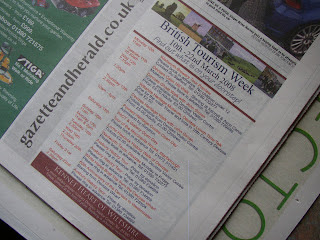 On Breakfast News last Friday, Robert Winston managed to keep a straight face when he announced it's National Science Week for 10 days. I thought about blogging about it then, but as I've organised events to link in with this before, I was just pleased it was getting some national publicity for a change and chuckled to myself that even scientists seem to have problems with their maths.
However, I opened my local paper at the weekend to find our national tourist board has a similar problem with the space-time continuum. British Tourism Week started yesterday and continues until 18th March. Kennet District (west Wiltshire) has taken it a step further and extended their week out until March 22nd - nearly a fortnight by my calculations...
Events news